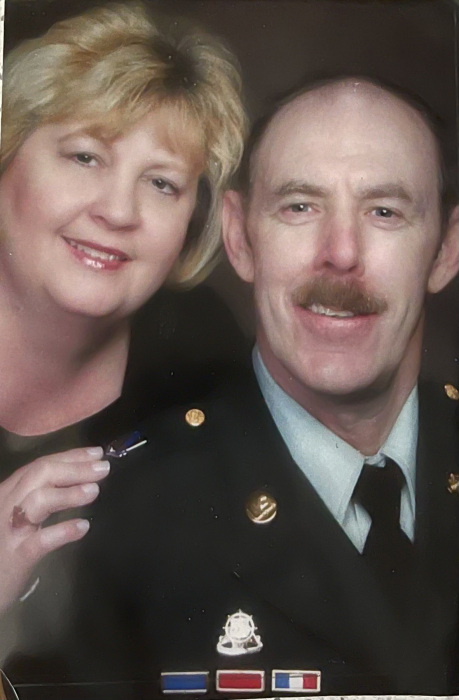 Kenneth Gordon Lee, 73, long time resident of Salt Lake City, who attended South High School in SLC, passed away peacefully at his South Ogden home with his wife by his side on the evening of September 2, 2021. He lived in Ogden for the past 24 years.

Born on October 20, 1947 in Salt Lake City, Utah to Gordon DeWayne and Kathryn Hedges Lee, Ken was the eldest of four children. After completing his schooling Ken began a long career in the United States Army. He served in Vietnam, the Persian Gulf War, and during Operation Enduring Freedom in Iraq. He was a true patriot.

Ken met the love of his life, Susan Oertel at a church dance in Salt Lake City. They shared a dance, and a kiss, and she stole his heart. They married March 8, 1997 in Ogden, UT, and were later sealed in the Ogden Temple on May 3, 1999. Ken and Susan celebrated 24 years of marriage this year.

Ken discovered he had antiphospholipid antibody syndrome and in 2003 began a medical process with the military that ultimately resulted in his honorable medical discharge as a Sergeant First Class on January 1, 2005, after over 30 years of distinguished United States Army and Army Reserve service.

Ken and Susan loved spending time together, whether camping, four-wheeling, or spending special time with family and friends. They loved traveling to California and Ken was also a big Utah Jazz fan. Ken was a talker – he didn’t know a stranger and he was a supportive shopper with Susan. Ken will be remembered for his outstanding organizational skills and as a pleaser who loved to laugh, serve, and have fun. Most of all he loved his California Girl. Ken became great friends with his brother-in-law, Mike Oertel, whom he provided a home for. He was always eager to lend a hand and loved his children, and his special daughter-in-law, Krissy Lee.

His daughter, Teresa remembers him as a ‘man who loved to laugh, sing silly songs, eat berries and oatmeal raisin cookies, talk about cars, loved the Utah Jazz, and be out in nature.

Ken was preceded in death by his parents and by his youngest sister, Diane.

The family wishes to thank the staff of Bristol Hospice, the VA retirement home and his Ogden Doctors that have cared for Ken since 2003.

To order memorial trees or send flowers to the family in memory of Kenneth Lee, please visit our flower store.