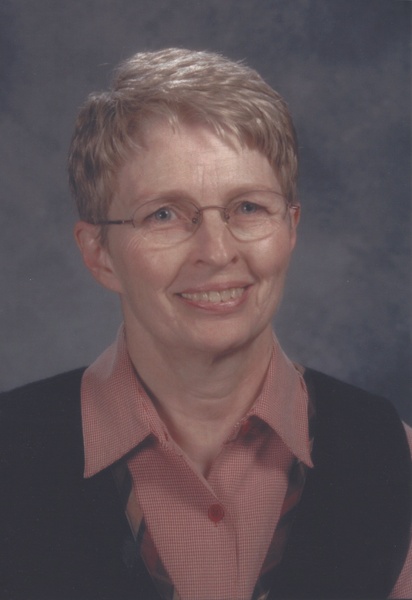 KayLynne Olsen Yorgason, 79, passed away on June 24, 2022 after a courageous year-long battle with colon cancer.

KayLynne was born on December 21, 1942, in Brigham City, Utah, to K Barton and Barbara Knudson Olsen. It was an appropriate time of year to be born because KayLynne loved Christmas and spent hours each year meticulously putting up Christmas decorations and making sure everything was perfectly festive for the holidays.

KayLynne was born during World War II, and at the time of her birth, her father was in Texas learning to be a liaison pilot for the Army. At seven weeks old, she and her mother flew to Fort Sill, Oklahoma to be with K while he completed his training. The family was together for just two months before he was sent overseas. She didn’t see her father again until she was almost three years old.

During her formative years, KayLynne did a lot of babysitting and worked at various jobs in the Brigham City area, including at Maddox Drive Inn, Thiokol, and Mountain Fuel. She graduated from Box Elder High School in 1961 and attended Utah State University for a time.

KayLynne was a wonderful older sister to her three brothers: David, Allan, and Nolan. She loved them and their families dearly and genuinely enjoyed spending time with them, playing games, laughing, and reminiscing.

On February 12, 1965, KayLynne married Laurence “Lars” Yorgason in the Logan Temple. Theirs was a marriage that was filled with joy and lasted for more than 57 years. She provided never-ending support and encouragement for Lars in his work, his music, and his church responsibilities. All husbands should be so lucky.

Although soft-spoken and slight in stature, KayLynne was a strong and resilient woman, as evidenced by her giving birth to six children in just five-and-a-half years. Before she and Lars had been married for two years, they already had three boys, twins Daniel and Ethan, and then Tyler. It wasn’t much longer until the arrival of two girls, Alisa and Jill, and another boy, Jon.

The young family lived in Brigham City, Provo, Tucson, Phoenix, Orem, and Cleveland before settling in South Ogden, where KayLynne and Lars lived for 45 years until KayLynne’s passing. KayLynne loved being a mother and loved her children, grandchildren, and great-grandchildren without exception or condition, and they loved her in return and will miss her beyond measure.

After her children were grown, KayLynne returned to the workforce, most notably for the Weber School District, including as secretary at Roosevelt Elementary School in Washington Terrace for 18 years.

KayLynne was a devoted member of The Church of Jesus Christ of Latter-day Saints and served in a variety of stake and ward callings. She also loved serving in the Ogden Temple, which she did faithfully for many years.

Through all of her jobs and other obligations, KayLynne developed many friendships that meant a great deal to her and will undoubtedly last throughout the eternities. To know KayLynne was to love her and be loved by her.

She was preceded in death by her parents; parents-in-law, R. Milton and Norma Johns Yorgason; a beloved granddaughter, Xanthe; and special family friends, Kay and Elaine Shuman.

The family would like to thank Dr. Eric Johnson at the Cancer Center at McKay Dee Hospital and hospice nurse Jenn Davis for their exceptional and compassionate care and treatment of KayLynne during this difficult time.

Services will be live streamed and available at the following link: