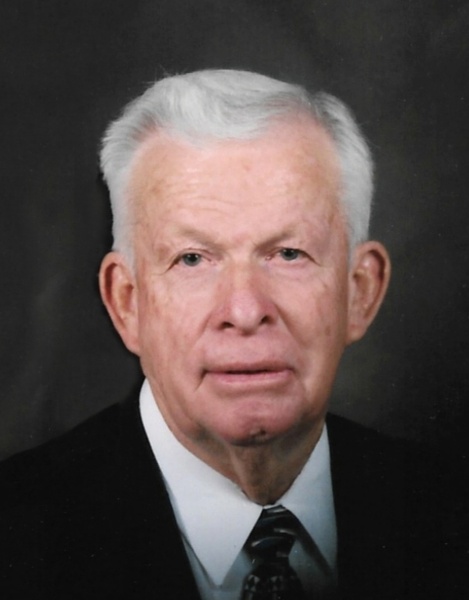 Kay was in the United States Air Force during the Korean War from 1951 through 1955. He was stationed in Cheyenne, Wyoming as a communication instructor. Their daughter, Marcy, was born there. Kay was then stationed in St. Louis, Illinois where a son, Paul, was born. After returning to Utah two more sons were born, Michael and David.

Kay and Beth lived in their home in North Ogden for 60 years where they were active in their church and community. For the past three years they have lived in Payson near their daughter and have made new friends.

He was a High Priest in The Church of Jesus Christ of Latter-day Saints. He held many different positions in the church during his lifetime.

Kay was an expert craftsman, building many homes, schools, churches and commercial buildings including the Scott M. Matheson Courthouse in Salt Lake City, Utah where he was General Superintendent.

After retirement, he had the opportunity to do inspections and quantity control for some of the stonework for the rebuilding of the Nauvoo Temple in Illinois. He was then able to go to Nauvoo several times and help with the installation of the stones in the baptistry.

Kay wanted to be remembered as making a positive contribution to the lives of others, that he helped them on their journey through life. His purpose in life was to care for and support his wife and family and also to contribute to his church and community.

Kay was preceded in death by his parents; four half-brothers; one half-sister; his brother, Sherman; a great-granddaughter, Evie and a great-grandson, Quinton.

We would like to thank all of the people who have tenderly and lovingly cared for him the past few years. He was a gentle giant of a man and he will be missed by many.

To order memorial trees or send flowers to the family in memory of Kay Don Lewis, please visit our flower store.