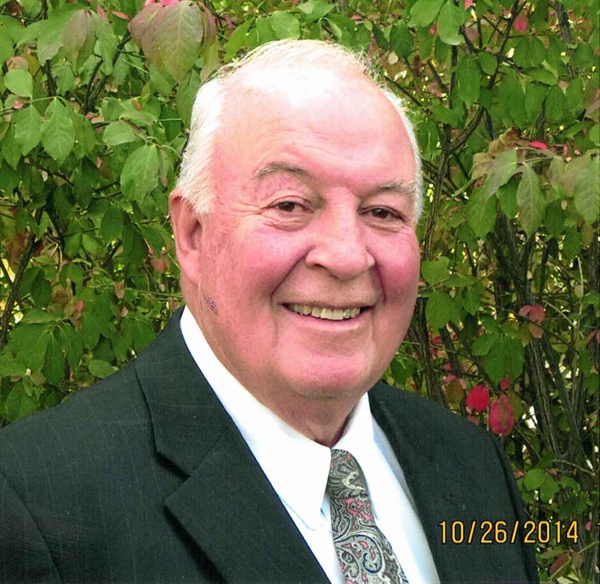 Karl James Keyes was born on December 23, 1941, in Boise, Idaho to Margaret Henderson and James A. Keyes. He lost his father at age 5 to testicular cancer. He grew up in Yakima, Washington. As a child he loved being a boy scout. His mother was a school teacher who worked hard to take care of Karl and his younger sister Karolyn.

Music brought him a lot of joy. He has memories of his mother playing the piano when he was young, and Karl was active in the school music program where he played the trumpet. He also played lead guitar in a band named “The Klassics” with Bill Helm and other friends and played at local school dances.

Faith was important to Karl at a young age. His mom would drop him and his sister off at a Presbyterian church each Sunday and he joined the “Youth for Christ” group as a teen. He eventually joined the Church of Jesus Christ of Latter-Day Saints after being introduced to the Church by a friend Mike Awtrey while working at the Space Needle Restaurant as the Purchasing Manager in Seattle, WA.

He graduated from the College of Idaho where he majored in Clinical Psychology with a minor in Music. He married Christy McKay in 1965, had two children and eventually divorced. His Father-in-Law Ed McKay aka “Pabotz” was influential in Karl’s life and helped him find opportunities in Construction.

Karl first met Cozette Norris while working at her father’s music store “Norris Music” in Caldwell, Idaho. They were married on February 22, 1974 in the Logan Temple. Karl and Cozette had 9 more children for a total of 11. They moved frequently for his work, finally settling in Bountiful, Utah in 1979. Roy became their home in 2017.

Karl played piano by ear, gathered the kids around to sing hymns together as well as songs from Neil Diamond, The Carpenters and others. He and Cozette took the family to nursing homes to sing. Karl described Cozette as someone who reaches out in Christlike love to all and they were unified in that goal to serve and uplift all they encountered.

Professionally, Karl worked as a Construction Superintendent overseeing the building of 27 LDS chapels from California to Ohio to Alaska, two libraries, the Centerville Larry H Miller Megaplex theater and many other quality projects. His attention to detail in plans, organizing the most efficient schedule for subcontractors and caring for all those he worked with made him extremely good at what he did. He worked for several companies including his own ventures “Blue Sky Construction” and “Grandpas Homes”. He worked until just after his 80th birthday for Scenic Development and dearly loved the people and experiences he had there. Shortly after that time, cancer and other complications caused his health to decline and eventually led to his passing.

Karl had a tender heart and always had a handkerchief to offer when tears were shed. He had a good sense of humor and loved teasing and interacting with people. He loved old cars and Dairy Queen hot fudge sundaes.

He taught his children the value of hard work, always showing up to help with remodeling, roofing, or maintenance projects. He was willing to put his own lists of projects aside to help others with theirs. He dearly loved each of his children and although he was busy with his work responsibilities, he would find little ways to help when he could. He made green pancakes, filled bottles with formula, helped with school projects, coached sports teams, fixed bikes, and rendered countless other acts of service for his kids and others.

Karl loved his Heavenly Father and worked in church callings including serving in Bishoprics, as Elders Quorum President and served with Cozette as a Service Missionary in the Salt Lake City inner-city mission. He was a dedicated home teacher and minister who truly cared about those he visited. He would pray before every meal - even at a restaurant and would call home to have bedtime prayer over the phone if he was gone overnight.

Karl spent his life working and serving and giving.

The family wishes to thank Life Care Center of Bountiful and Inspiration Home and Hospice for their excellent care.

Services will be live streamed by scrolling to the bottom of the page.

To order memorial trees or send flowers to the family in memory of Karl James Keyes, please visit our flower store.

The Church of Jesus Christ of Latter-Day Saints

The Church of Jesus Christ of Latter-Day Saints