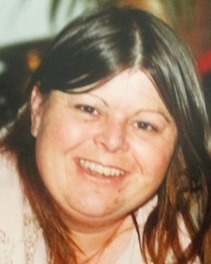 “Hark now, hear the sailors cry
Smell the sea and feel the sky
Let your soul and spirit fly
Into the mystic”
-Van Morrison

Karen was born the second child of Master Sergeant (Bill) Albert William Paine, Jr. and Dorothy Andrea Lucus at Fort Ord, California, an Army post on the beautiful Monterey Peninsula. She was one of 8 siblings, 4 girls and 4 boys who traveled the country as Army brats. Some of the places lived were Seaside California, Lawton Oklahoma, Tacoma and Olympia Washington, and Babenhausen, Germany. We have so many fun memories as kids- ice skating in Germany, making apple turnovers from the apple trees in our yard in Olympia , going to the library since we all loved to read, driving the country in a station wagon or VW Bus with no seat belts, and eating tacos, our favorite meal.

Karen graduated from Davis High School in 1973.  Over the years she studied at Weber State and trade schools and held long term jobs at Autoliv and Fresenius Medical.

She was a brilliant person with an intelligent mind, and a free spirit with a vivacious personality and dazzling smile.  She easily made friends. She was a voracious reader, read everything but especially liked Stephen King and Harry Potter.  She loved classic rock music, Jethro Tull and Van Morrison and going to concerts. She saw almost every movie with her favorites being Star Wars, Boondocks Saints and Indiana Jones.

“Like a rainbow fading in the twinkling of an eye, gone too
soon.”
-Michael Jackson

Services to be announced at a later date.

To order memorial trees or send flowers to the family in memory of Karen Gail Paine Kerper, please visit our flower store.