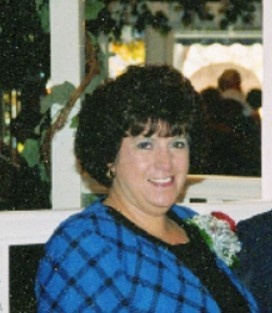 Our beloved mother, sister and grandma, Karen Renee Dunn Crowther, 69, of Ogden, UT passed away peacefully in her sleep on Sunday, March 13, 2022 after battling many medical complications. Karen is now reunited with her parents and the love of her life, Brad.

Karen was born on November 18, 1952 to Francis and Dolores Dunn in Providence, Rhode Island. She was the oldest of three children. She lived in Rhode Island as a young child and then moved to North Ogden, UT where she grew up and called home. Karen spent her school years attending Ogden City Elementary Schools, Highland Junior High and graduating from Weber High School in 1971.

After graduation, Karen landed her first job at Sears in 1971 for 13 years. In 1985, Karen started her career with IRS as a Tax Examiner where she retired in 2015 after 30 years.

In 1973, Karen met Ronald Leech. They married in 1974. Karen and Ron went on and had three biological children, Sean, Matt, and Brianne and one adopted child, Chris. After 25 years of marriage, Ron and Karen were divorced. Karen met Brad Crowther in 2001 and they were married in November of 2002. Brad unfortunately passed away in 2011.

When Karen had her children, she dedicated her life to being a wonderful mother to her four children. Karen did an excellent job at supporting her four children through the many hours of soccer and dance. She made it her mission to improve the lives of others around her.

When Karen had time in between raising her children, she had a passion for cross-stitching, reading, and toll painting. We will miss her greatly.

Karen was preceded in death by her parents, Francis “Dan” and Dolores Dunn; her brother, Greg Dunn and her husband, Brad Crowther. She is survived by her brother, Jeff (Helen) Dunn and her four children, Chris Leech, Sean (Jamie) Leech, Matt (Amber) Leech and Brianne (Jeff) LaSota. She is also survived by 10 grandkids and her reason for living, Brooklynn Warner, Po Leech, Kylee Leech, Katrina Leech, Ticey Leech, Calei Martin, Jackson LaSota, Brinley Leech, Madelyn Leech, and Whitney LaSota; six nieces and nephews; and by a special friend that she had throughout her life, Wendy Dries.

Due to Karen’s needs, she was receiving care from Intermountain Homecare for some time. The family would like to thank the wonderful staff at Intermountain Homecare, especially her nurse, Diana Higgs for her special care to our mother. You went above and beyond for our mother, and you will forever be appreciated. We would also like to thank Dr. Alexander Ramirez for his ongoing care and compassion for our mother.

Funeral services will be held Monday, March 21, 2022 at 2 p.m. at Lindquist’s Ogden Mortuary, 3408 Washington Blvd.  Friends may visit with the family Sunday, March 20th from 6 p.m. to 8p.m. and on Monday from 12:30 to 1:30 p.m. at the mortuary. Cremation will follow funeral services and a private family burial will be held.

“A mother holds
her children’s hands for a while,
their hearts forever.”

To order memorial trees or send flowers to the family in memory of Karen Renee Dunn Crowther, please visit our flower store.