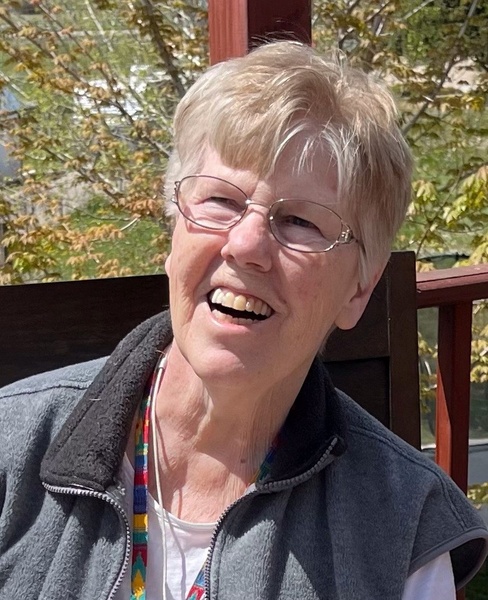 Judy Ann Williams Profaizer, 80, passed away peacefully on July 17, 2022. She was born on April 28, 1942, the oldest child of Viola Ruby Fisher and Rulon Everett Williams. She spent most of her life in the Davis and Weber County areas.

After graduating from Davis High School, Judy went on to complete her business school training at Stevens Henager College. She used this education to work at a variety of businesses during her life. When she wasn’t employed outside of the home, she was raising her children.

A great joy of Judy’s was meeting, and later marrying, Fred Profaizer. Both families considered the pairing to be a bit scandalous; it was 1965 and she was a good Mormon girl, and he was a good Catholic boy. But, after the first date she knew that he was the one. In the end, love prevailed, and they were married and later sealed in the Ogden LDS Temple. Together they enjoyed taking long car drives, devouring raspberry shakes at Bear Lake, eating hamburgers at the Maddox drive-thru, and visiting the western National Parks. It really didn’t matter what they did as long as they could be together. Fred’s death in 2015 left a huge hole in the family, and although Judy bravely went on to making a life for herself without him, there was not a day afterwards that she didn’t miss him.

Two daughters came from their union, Tracie and Cindy. She loved being their mother, even though as adults, both admit to trying her patience regularly when they were children (and as adults too). They have happy memories of homemade soup and cinnamon rolls; shopping trips to Salt Lake and finishing those days with dinner with Dad after his workday.

Judy is survived by her children, Tracie (Val Allyse) and Cindy (Dale Roberts); three grandchildren, and four (soon to be five) great-grandchildren. Judy is also survived by her two siblings, Sherry (John) Phelps and Larry (Kathy) Williams. Shortly before she passed, the three were able to reminisce and share memories, stories, and photographs.

Judy’s passing has saddened our hearts and left an empty place in our lives. Judy never lost sight of the things that really matter in life: family, faith, integrity, and just doing your best every single day. She lived those values and passed them onto her children. We are eternally grateful that we got to share life and spend time with her. We love you Mom.

Graveside services will be held on Friday, July 22, 2022 at 10 a.m. at the Ben Lomond Cemetery, North Ogden. Friends may visit with family on Thursday from 6 to 8 p.m. at Lindquist’s North Ogden Mortuary, 2140 N. Washington Blvd.

The family asks in lieu of flowers, that you spend that money on making a memory with your family.

To order memorial trees or send flowers to the family in memory of Judy Ann Williams Profaizer, please visit our flower store.