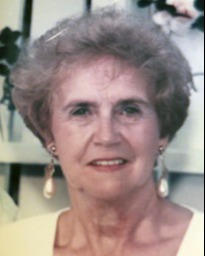 She was born June 17, 1935 in Teton City to Elmer and Mabel Olsen Gardner. She was the youngest of seven children.

She retired from the Internal Revenue Service after working 25 years as a Tax Analyst.

The family would like to thank the staff of Legacy House Assisted Living Cottages Memory Care Unit in South Ogden and Dignity Hospice nurse/aide Jasmine and CeCe for the tender, attentive care provided.

Graveside services will he held for family and friends on November 1, 2022 at 2 p.m. at  Lindquist’s Washington Height’s Memorial Park, 4500 Washington Blvd.

In lieu of flowers, the family requests donations to a favorite charity.

To order memorial trees or send flowers to the family in memory of Joyce Larae Miller, please visit our flower store.