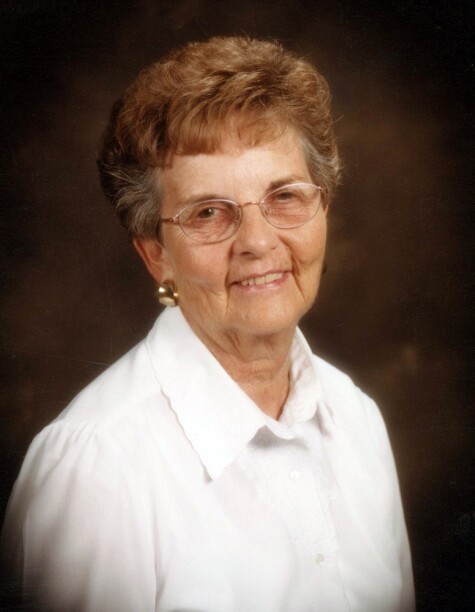 She possessed many admirable characteristics, including her willingness to give freely of her time and talents, her quick wit and delightful sense of humor, her ability to listen and offer sound advice, and her insistence that she not be a burden on others, regardless of how much she had to sacrifice. She was kindhearted and Christ-like, an angel on earth and a noble daughter of God.

She was born on September 17, 1929 to William D. and Lucille Wood in Salt Lake City, Utah, and was the oldest of seven children. Most of her formative years were spent in Ogden, attending area schools. She played the bass violin in the orchestra at Ogden High School, where she graduated in 1947. She later attended Weber College, learning to be a skilled secretary and bookkeeper.

She married Robert E. Toyn on August 14, 1948, which was later solemnized in the Salt Lake Temple. In 1960 they built a home in Huntsville where they raised their family and served their community for nearly forty years. As they planned for retirement, Joy and Bob started a successful nursery business specializing in plants specifically suited for the shorter growing season in Ogden Valley. After 18 years, they sold the business and moved to Perry in 1998. She quickly loved living in Perry and was blessed with countless dear friends.

Together Joy and Bob served three missions for The Church of Jesus Christ of Latter-day Saints. First in Nauvoo IL, the second as service missionaries at the SLC Conference Center, and lastly in Harrisburg, PA. Joy was also active in humanitarian projects, making blankets, hats, and other items for those in need around the world.

She was preceded in death by her beloved daughter, Deborah Joy; her parents; her sisters, Billie (Virginia) Archibald and Charlene Wade; and grandson, Trevour Toyn.

Services will be live-streamed and available by scrolling to the bottom of Joy's obituary page at: www.lindquistmortuary.com, where condolences may also be shared.

To order memorial trees or send flowers to the family in memory of Joy Toyn, please visit our flower store.