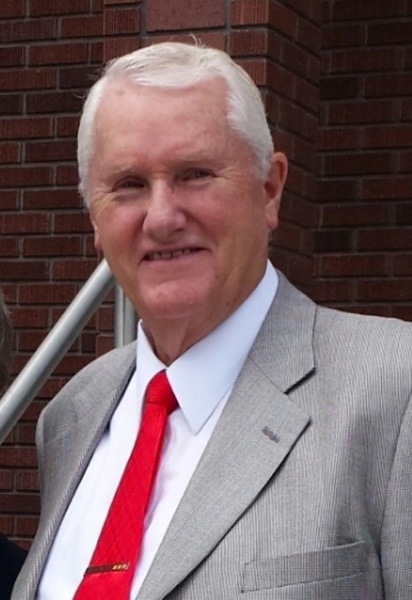 On December 30, 1958 Joe married Irene Cash, the marriage was later solemnized in the Logan LDS Temple on April 17, 1964. Irene passed away July 15, 1981 from cancer. Joe and Irene were the proud parents of one daughter, Cindy, and five sons, Blair, Brent, Brian, Blake, and Burke.

He graduated from Weber High School and Weber Jr. College. He also attended the University of Utah.

Joe enlisted in the U.S. Army in January 1955. He loved sports, and while stationed in Germany was able to play basketball and softball. His company softball team won the European Championship.

Joe retired from the U.S. Government January 3, 1995 after serving 31 years as a tax manager for the IRS and three years in the U.S. Army.

His children grew up playing sports. One of his favorite things was coaching his children when they were playing little league sports or church athletics. If not coaching he was always in attendance at their games or other activities.

Joe was blessed to have a second love enter his life. On October 20, 1982 he married Gayle Smith in the Ogden Temple. Gayle brought three more wonderful children into his life, a son, Kelly and two daughters, Kristina and Kori Ann.

Joe and Gayle continued with their church service, this included missionary assignments. Their favorite assignment was a two year calling to the inner city of Ogden. Joe always said Gayle was his best partner doing missionary work and as a home teaching companion.

Joe and Gayle loved to travel. Some of the locations visited were Hawaii, Europe, China, Canada, Mexico and Cancun. They followed their pioneer trail from beginning to end. They visited all the church presidents’ graves. They also visited the graves of all their ancestors.

To order memorial trees or send flowers to the family in memory of Joseph A Sears, please visit our flower store.