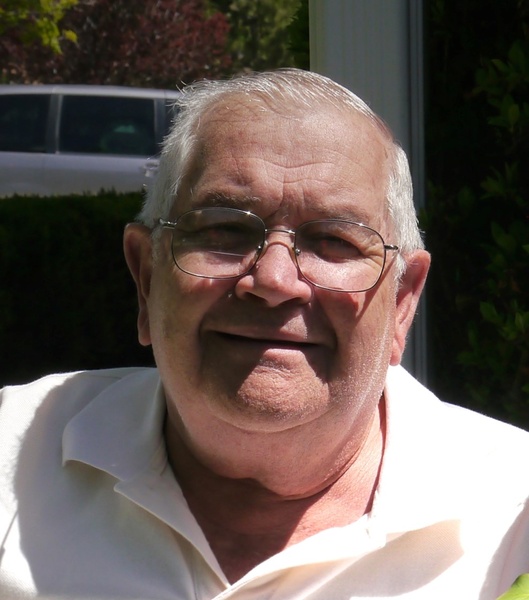 Our beloved father, Joseph Hugh Lyday, peacefully passed away June 2, 2022, in Ogden, Utah. He was 82.Joe was born in Salt Lake City, Utah on December 23,1939. He was the fourth of six children born to Fitzhugh Lee and Lois May Lacy Lyday. His mother named him “Joseph” because he was born on the Prophet Joseph Smith’s birthday. He grew up in Salt Lake City during the Depression and WWII. He went to Onequa and Jefferson Elementary schools and Jordan Jr. High. He loved camping and fishing with his family at Yellowstone Lake and was in the “Sea Scout” division of the Boy Scouts. He loved riding his bike to Rose Park, Liberty Park and taking the train to Lagoon. In 1958 he graduated from West High School, where he was on the football team, wrestling team, track team, and sang in the Glee Club. He also loved the old West High Bakery and for years afterwards he would buy birthday cakes there. He attended Carbon College for 1 year on a football scholarship before joining the Navy in 1959.

Joe graduated from the Naval Training Center in San Diego in June 1959, and was stationed in Pensacola, Florida before serving the next three years at the U.S. Naval Base in Keflavik, Iceland. During the rising Cold War tension, Joe lost the hearing in one ear due to a live ordinance training exercise. After four years of service, and despite of incentives from the Navy to re-enlist, Joe felt strongly that he needed to return home. After his honorable discharge in 1963, he remained a proud and patriotic veteran who cared deeply for his country.

Family was everything for Joe. After coming home from the Navy, he met LuJean Hollinger who had moved into his home ward, was teaching school, and living with her Aunt Betty. Joe and LuJean’s first date was teaching the youth of the ward how to dance “The Twist.” They were married for time and all eternity on May 9, 1964, in the St. George temple. Their first home was in Centerville, Utah where Kerri, Carol, Cindy, Kevin, Kathy, and Christy were born. They had a large garden, raised sheep, then cows. Joe grew up in the city, but in his heart he was a farmer. When the family outgrew the house in Centerville, he built a new home in Layton where Kim was born. In Layton there were cherry trees, summers playing down in the creek, lots of deer to chase away, and another big garden. Joe was famous for his gardens where kids and  grandkids alike learned how to work and enjoy the vegetables-especially the Halloween pumpkins.

Joe worked hard to support his large family. He was a professional firefighter for Salt Lake City and an EMT. He was a member of the first HAZMAT team for the City of Salt Lake. He served as the state president of the AFLCIO, representing the interests of the state’s First Responders. He also worked in construction as a bricklayer and general contractor. After retiring from the fire department, he worked as a security guard for Associated Foods.

Joe was a devout member of the Church of Jesus Christ of Latter-day Saints. As a child, he was baptized in the font of the Salt Lake City Tabernacle and was active in Primary and the Young Men’s M.I.A.. As an adult, he loved teaching and living the gospel. He was active in his quorums, a diligent home teacher, and worker in the Ogden Temple baptistry. The gospel of Jesus Christ was an integral part of Joe’s character and it showed to all who met him. He leaves a legacy of faith and hard work and will be dearly missed.

Services will be live-streamed and may be viewed at www.lindquistmortuary.com by scrolling to the bottom of Joseph’s obituary page.

To order memorial trees or send flowers to the family in memory of Joseph Lyday, please visit our flower store.