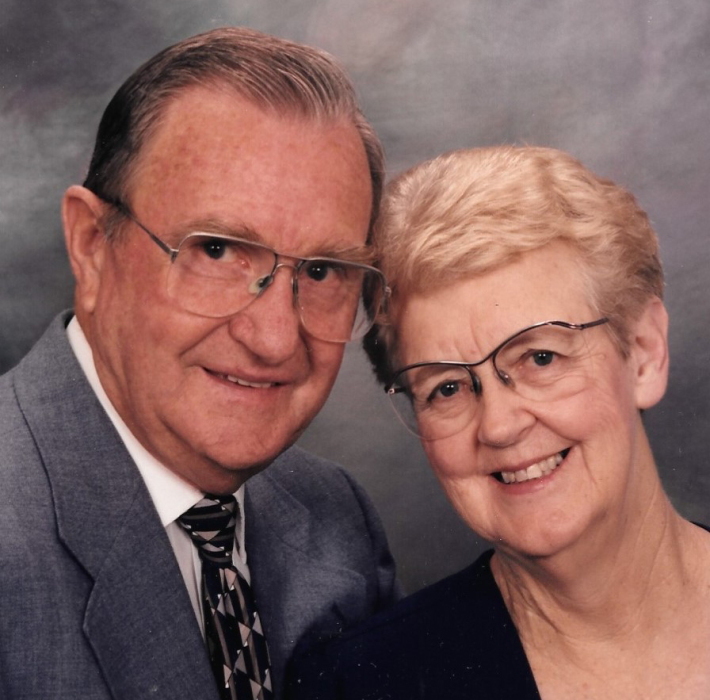 Joseph Alma Johnstun, 96, passed away Friday, December 31, 2021 at his home in Roy, Utah. He was surrounded by his devoted wife and family.

He was born November 25, 1925 in Centerville, Utah and would become the second of twelve children born to David George Johnstun and Martha Elizabeth Connell. He attended schools in Mesa, Arizona and Layton, Utah. During his early years he was a farm laborer, helping support their large and growing family.

Alma would have qualified for a family deferment from military service during WWII. However, he enlisted and proudly served in the U.S. Navy from 1944 to 1946. The noise incurred as part of his duty as a 3 inch 50 loader aboard a Naval aviation fuel carrier resulted in severe hearing loss in his later life.

Upon discharge from military service, Alma returned and married his young sweetheart Rosezella P. Smith on July 2, 1946 in Tremonton, Utah. Their marriage was later solemnized in the Salt Lake Temple on December 7, 1949. They recently celebrated a milestone of 75 years of marriage.

In 1952, Alma and Rosezella moved to Fontana, California during which time he completed a correspondence course that would lead him into the television repair business and finally, electrician. Upon returning to Utah in 1956 he worked for Hill Air Force Base, Marquart, Murdock, Volvo-White and finally retired from The Church of Jesus Christ of Latter-day Saints where he was over building maintenance in the Washington Terrace Stake.

Alma believed in hard work and determination. He could repair and build anything. He loved everything outdoors. His garden in Washington Terrace was well known and admired by many. It gave him joy to share the fruits of his labor with family, friends and strangers. He continued to grow a garden until the last year of his life. He enjoyed hunting, fishing, camping and water skiing with family and friends. He taught all of his children to water ski and spent many summer vacations taking them to Twin Lakes near Preston, Idaho.

An active member of The Church of Jesus Christ of Latter-day Saints, Alma faithfully served many positions including Bishop in the Washington Terrace First Ward, ordinance worker at the Ogden Utah Temple. He was also a life-long patron of the Temple(s), attending less than one month prior to his death. He was a devoted minister (home teacher) to families in his ward(s). However, he especially enjoyed being a greeter to those attending his ward in Roy, a service he continued until his death. He loved the Lord.

As a member of The Church of Jesus Christ of Latter-day Saints, Alma was honored to serve as a Senior Missionary to the Philippines, Naga Mission from 1992 to 1994 along with his wife and life-long companion, Rosezella.

Family, friends, and strangers were always greeted with a spunky joke and sent away with wishes for a wonderful day.

To order memorial trees or send flowers to the family in memory of Joseph Johnstun, please visit our flower store.