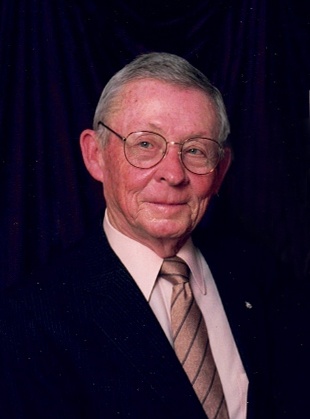 Our beloved father, grandfather, and great-grandfather passed away on June 6, 2022. Bob was born on November 4, 1925, to Juan and Helen Dunbar in Ogden, Utah.

Bob graduated from Ogden High School in 1943. During World War II, Bob served in the U.S. Navy as a Radarman Second Class on the USS General E.T. Collins in the South

Bob attended Weber State University and graduated from the University of Utah in 1949. Bob married the love of his life, his sweetheart, Shirley Petersen on August 26, 1949.

He had a successful career with The Amalgamated Sugar Company. Bob was a member of the Ogden Golf and Country Club and served on the Board of Directors for two terms. He also served on the Ogden-Weber Technical College Foundation, Ogden Hinckley Airport Board, Ogden Weber Chamber of Commerce, St Benedict’s Foundation, and the Ice Sheet at Weber State University. Bob was president of the Ogden Noon Exchange Club and the Wildcat Club at Weber State University.

Special thanks to Inspiration Home Health and Hospice and the staff at Avamere at Mountain Ridge Assisted Living for their caring services.

In lieu of flowers, the family suggests a donation to your most loved charity.

To order memorial trees or send flowers to the family in memory of Joseph Robb "Bob" Dunbar, please visit our flower store.