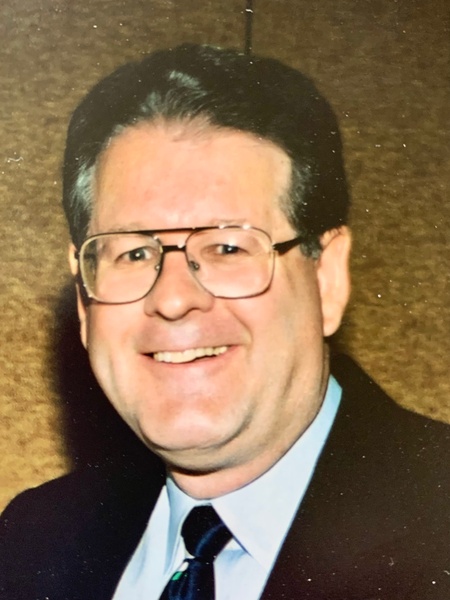 After a valiant battle with Alzheimer’s and Parkinson’s disease, on April 1, 2022, at the age of 74 Joseph R Andrews passed from his home in Brigham City, UT to his heavenly home.

Joe was born in Ogden, UT November 2, 1947 to Agnes LaVon Averett-Andrews and Douglas Leon Andrews. The third in a family of seven children. Joe was raised in the Ogden Clearfield area where he loved to fish and hunt. Joe was a member of the Catholic Church where he had served as an altar boy.

As a teenager he would walk the fields west of their Clearfield home hunting pheasant. He would tell the story of his mom telling him there was no more room in the freezer because he’d gathered so many pheasants. Joe attended Clearfield High where he demonstrated his independent streak which occasionally landed him in a bit of hot water.

Joe was generous….One instance was when he and his high school friend decided it was too hot and found the ice cream truck that stocked the high school was left open and unattended, so he and his friend began handing out ice cream to those class mates in the vicinity. Of course he knew he would be paying for every one they handed out!

Joe was also a born leader and many people throughout his life benefited from his leadership abilities. One of his first leadership events was in high school during a time the school had decided the kids could not wear dark soled Oxford shoes as they left marks all over the school floor, Joe did not agree with this decision and rallied approximately 100 of his classmates to have a sit down strike. Over his adult business life he held many leadership roles and always rose to the top of the companies he worked for.

In 1999 Joe married Marcie Allen and they made their home in Wilsonville, OR. With this marriage Joe welcomed Wendy, Heidi, Kami, and Jake along with their spouses and several grandchildren as part of his family.

Joe worked at various jobs after high school and while attending Weber State, but kept hoping to work for Hill Air Force Base. Joe finally got the job at Hill and worked several years for Hill Air force Base where he earned various awards. When the base was rearranging his position Joe made the decision to leave the base and go into the insurance business working for Met Life. He never looked back.  With his determination and hard work, he was very successful. He worked for Metropolitan Life, Businessmen’s Insurance, Farm Bureau, back to Met where he retired at the age of 65 and then part time with Principal Insurance. During his career he moved to several states across the country, but his heart always loved Georgia. Joe became a Vice President with Businessman’s Insurance, but he always loved working with the agents and left that position to become a manager with Farm Bureau in S.L.C UT. He moved from UT to Oregon and finished his career in the Oregon area. Joe always excelled in learning his business and became a Certified Financial Planner and a Life and Qualifying member of the Million Dollar Round Table. Joe and Marcie moved to St. George UT after their retirement, then to Brigham City, UT. Joe made many life-long friends along his journey. He was a man who truly loved people.

Mass of Christian Burial will be held on Friday, April 22, 2022 at 11 am at St. Joseph Catholic Church, 514 24th St, Ogden, UT. Friends may visit with family on Thursday from 6 to 8 pm with Rosary at 7 pm at Lindquist’s Ogden Mortuary, 3408 Washington Blvd. Interment, Lindquist’s Memorial Gardens of the Wasatch, 1718 Combe Rd.

A special thanks to Agies (formerly Integrity) Hospice of Brigham City and Logan and Gaylene Lott-Love for their kind and caring assistance as Joe progressed into these two diseases and ultimately to his heavenly home. Your loving assistance was a Godsend and very appreciated.

To you, my soul-mate, as we always said to each other…Tu sammen i himlen!

To order memorial trees or send flowers to the family in memory of Joseph R "Joe" Andrews, please visit our flower store.