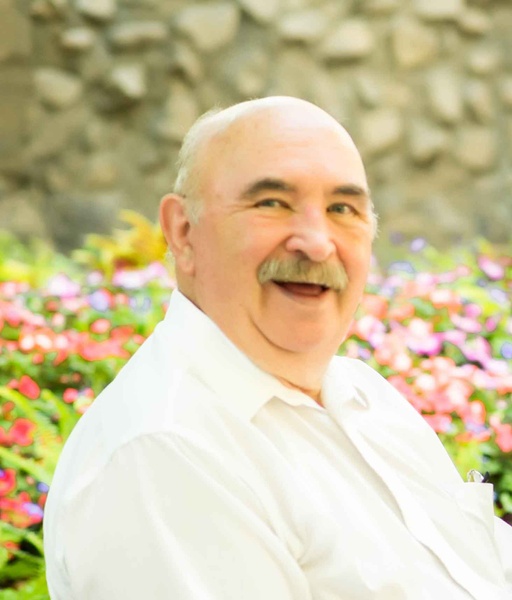 On April 27, 2022, our devoted husband and father, Joseph “Lynn” Adair, passed away peacefully, surrounded by his loving family. He was born in Cedar City, Utah, on November 24, 1935. He was the eldest son and oldest of 7 children of Susan Eveline “Evelyn” Smith and Joseph Welton Adair, Jr. He learned how to hunt along the Black Ridge in Southern Utah, hike in the Pine Valley mountains, and develop a love and appreciation for nature and the Red Cliffs that overlooked his childhood home. He grew up in New Harmony, Utah a short 25 minutes south of Cedar City, Utah. As a young boy he had opportunities to work alongside his father in the sheep shearing business. Lynn learned at a young age the value of hard work and integrity in all that he pursued.

When he was about 16, the family moved to Salt Lake City. He graduated with the first graduating class of Olympus High School in 1954. He then started classes at the University of Utah in general education.

Lynn worked after school at Intermountain Parts Company at 47 South 200 East in downtown Salt Lake City, Utah, in the parts department. While working there, he saw a beautiful girl through the window of a nearby building; he winked at her. Elvira Else Achter was charmed to say the least and the two became better acquainted and were married on August 12, 1957, in room 445 at LDS Hospital. Just prior to the wedding, planned at the Nibley Park Chapel, their plans had to be altered due to his mother-in-law suffering a heart attack. Undaunted, Lynn and Elvira moved the ceremony to her room at LDS Hospital.

Lynn had many hobbies over the years, he especially gained a love for all kinds of air machines. He had a special interest in experimental aircraft and took his family on annual summer trips back to the Experimental Aircraft Association Fly-In located in Oshkosh, Wisconsin. He always dreamed of building and owning his own airplane. Lynn also served in the Utah Air National Guard Reserve and gained a love for airplanes during that time.

Lynn and Elvira lived and worked in Salt Lake City where they started their family. The lived on Green Street in Salt Lake City when they were first married and bought their first home together on Roosevelt Ave on the east bench of Salt Lake City. Then in March of 1970 they moved to Bountiful, Utah where they lived for over 50 years until their health required more assisted living in the last few years. Here, they raised their four children.

Lynn started working for KSL Radio and using his integrity and working hard, worked his way up in the ranks until he became the Farm Broadcaster/Director.  He created the Fruit Frost Report that he reported every day the weather required it. His report was a favorite among thousands of listeners who could tune in multiple times a day for the farm news.  As the only full-time farm broadcaster between Colorado and California it was his responsibility to report to a vast rural audience who depended upon his informative approach. Lynn would attend fairs, meetings and conferences looking for people to interview to acquire information that he could share with his radio audience. He also used his private pilot’s license to fly to the far corners of KSL’s coverage area to maintain a close relationship with food and fiber producers/farmers and keep well-informed of the ever-changing rural scene.

In 1974, Lynn was honored to become the president of the National Association of Farm Broadcasters. He traveled extensively touring through Europe and into Japan as an advisor to the United States Secretary of Agriculture, Earl Butz. During this time, he received an award from the Utah Cattleman’s Association, the Distinguished Utah Citizen Award, their most prestigious award.

Later, he changed jobs to work as the Director of a federal government agency, The Agriculture Stabilization Conservation Service (ASCS), where he continued to work for the farmers and ranchers in Utah. He also worked for Utah Farmers Union as Executive Secretary until his retirement.

Lynn was always researching the newest gardening techniques and loved to spend time working in his yard and garden. He researched and built his own greenhouse in the backyard. He was always delighted when he could share his harvest with neighbors and his children. He was an avid reader and had an unquenchable thirst for knowledge. Learning and sharing what he learned with others was a true passion. He always said that his reading allowed him to go anywhere in the world

Although many “old-timers” still miss tuning into his daily report it is his family that will feel the greatest loss. Lynn was a loving, generous husband, father, and grandpa. The relationships he had with his siblings and their families were also highly valued and important to him.

The family would like to sincerely thank all the staff at North Canyon Care Center for their consistent, attentive care of Lynn. We also express our gratitude to the Encompass Hospice company who were so caring of Lynn at the end of his time here on earth, and their concern for Elvira.

Funeral services will be held Saturday, May 7th at the Mueller Park 2nd Ward Chapel (the "A" frame chapel), 1825 South 800 East, Bountiful, Utah.  Friends may visit the family at the Lindquist's Bountiful Mortuary Friday from 6 to 8 p.m., and 12:30 to 1:30 at the church prior to services.

Services will be live-streamed, and will be made available Saturday on this web page by going to bottom of Lynn's obituary page.

To order memorial trees or send flowers to the family in memory of Joseph Lynn Adair, please visit our flower store.