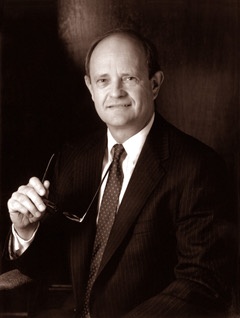 Jonathan Stewart Tibbets passed away peacefully on Monday, November 8, 2021, at 8:20 a.m. from complications of dementia and Alzheimer’s Disease.

In 1967, he graduated with honors receiving his bachelor’s degree from Sonoma State College in Rohnert Park, California. Afterward, he moved his then family of four to Southern California to work on and receive his master’s degree in Linguistics at the University of California, Irvine in 1969. He authored a Spanish curriculum at the college level. His linguistic talents took him to Nebraska where he taught Spanish at Bellevue College for four years. Eventually, he became the Vice President over Instruction at the Tooele Applied Technical College, where he retired in 2015.

He was active in the church all of life. His church service included being a counselor to the branch president in Nebraska City, Nebraska, callings in the Sunday School, Gospel Doctrine, Primary, and for several years, he served in the MIA for the handicapped. Jon also loved music and sang in ward choirs all his life.

Ever since he was a little boy, he loved airplanes and would point at them whenever they flew by. His love and determination to fly continued to develop as he took flight lessons and earned his private pilot’s license in 1972. Sometimes he would fly his little family from Southern to Northern California and other little trips throughout the years. When some of his grandchildren lived in Burley, Idaho, he would fly from the Ogden airport to see them and take them on rides flying over their town and pointing out recognizable places including their homes. His biggest project for the last few decades has been working faithfully rebuilding a Baby Ace airplane. His grandchildren bonded with him as they helped to measure, sand, bend metal over the fuselage, and many other small projects.

Those who knew Jonathan would say he was sweet, funny, consistent, punctual, eager to please, creative, and intelligent. He loved his shop tools, woodworking, metal working, mechanics, writing, gardening, backpacking, fly fishing, fruit tree pruning, beekeeping, watching BBC dramas, languages, grammar, museums, and reading great literature. He wrote a fiction novel called, China Doll between 1990 to 1993, which his family published last year. Jon was a man of many interests, hobbies, and talents; to name his favorite would be difficult, but his top three interests are easier to list— reading, backpacking, and building his baby ace.

The family would like to offer deep gratitude to Symbii Hospice care for the beautiful service rendered in the short 2 ½ weeks of his decline. They also want to acknowledge the great love and support from the Kaysville 22nd Ward.

To order memorial trees or send flowers to the family in memory of Jonathan Tibbets, please visit our flower store.