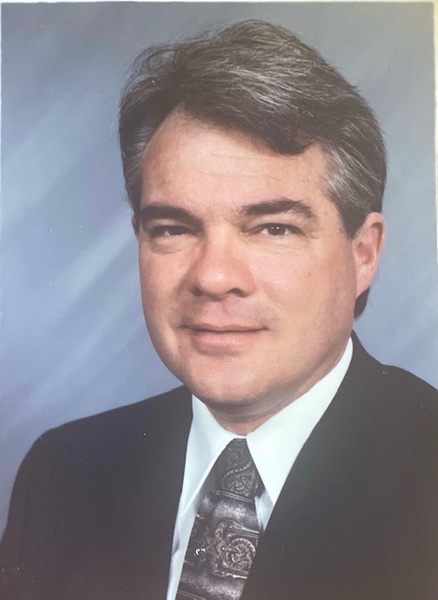 John Richard McIntire, an extraordinary man and beloved father and husband passed away peacefully on March 11, 2022 in West Jordan, Utah after battling diabetes since childhood but ultimately succumbing to vascular dementia.

John lived a very impactful and meaningful life – he touched many lives with his beautiful and brilliant mind, as well as his soft heart and jovial sense of humor.  He was a dedicated public servant with a career of 33 years with Los Angeles County where he designed the information systems used by many departments within the county.  He started his career as Senior Research Analyst with the Department of Health Services and gained increasing managerial and technical responsibilities with the District Attorney, Children and Family Services, and Fire Department and advanced to the role he retired in as the Associate Chief Information Officer/Senior Information Technology Consultant with the Chief Information Office.

John introduced personal computers and desktop applications which revolutionized the workplace. John’s work benefited residents of Los Angeles County as well as areas nation and world-wide who adopted these systems. He implemented the automated child support enforcement systems (Acses), the Foster Care automated payment system (APS), the Los Angeles County Sex Offender Locator system design, and design and implemented the Fire Departments automated 9-1-1 system.  This system greatly improved the emergency response time by innovating geo-mapping in the dispatch process to determine the closest station best equipped to dispatch emergency personnel.  This system saved lives and was the basis for the process still used today. Among his many publications was a research study on the effects of alcohol on driving ability – through his study a documentary film was produced and awarded 1st place at the 1975 American Education Film Festival.

In addition to his extremely successful and impactful career – he was a dedicated family man who made all the difference in the lives of his family members and those he loved.   John loved his family and gave his all to them every day.  His love for family was instilled in him at an early age, born in Neenah, Wisconsin on January 4, 1948 to wonderful parents, Junius Merlin McIntire and Vivian Genevieve Richardson.

His father’s job as the Head of Research for Carnation Co. brought them to Los Angeles in 1955.  John received his Bachelor of Science in Psychology in 1971 from California State University Northridge as well as his Master of Science in Statistics & Research Methods in 1972.   He continued his education at University of California Los Angeles doing post-graduate course work in Epidemiology.

John was a devout member of the Church of Jesus Christ of Latter-day Saint and an Eagle Scout. He met his wife Jane (Owens) McIntire in Van Nuys, California at a church Family Home Evening event and they were married in the Salt Lake City, Utah Temple on November 1, 1980.  Together they had four children, Anna, Dustin, Wendy, and Trevor.  John spent all his free time with his family and serving others.  He loved to teach in any capacity and although he taught at both the University of Southern California and California State University, Long Beach at different times in his life, his greatest teaching endeavor and accomplishment was being a dad.

John was an incredible man with a big personality and booming voice.  He spoke entertainingly and expertly on most any subject. He could lighten any atmosphere with his jovial laugh and humor.  The only thing larger than his presence will be the void he leaves behind. His legacy will be remembered and continued as we are all better people for being taught and loved by him.

John is survived by his wife Jane McIntire, his brother Paul McIntire, and his children Anna (Daniel) McCammon, Dustin (Chiara) McIntire, Wendy (Robby) Gilbert.  He is preceded in death by his son Trevor McIntire.

Funeral services will be live-streamed and may be viewed at www.lindquistmortuary.com by scrolling to the bottom of John’s obituary

To order memorial trees or send flowers to the family in memory of John Richard McIntire, please visit our flower store.