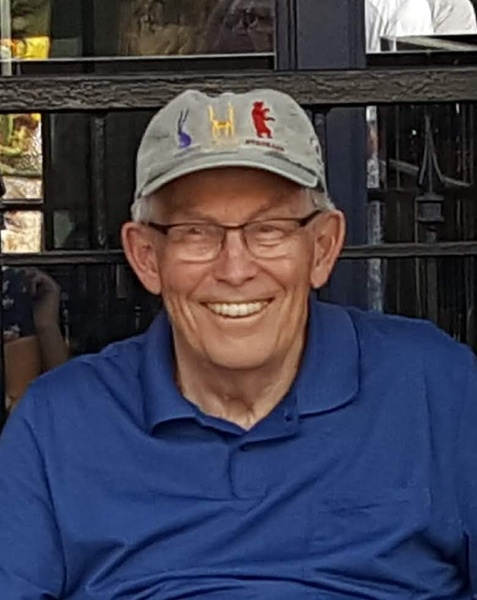 John Darryl Lauck was born November 2, 1932 to John Walter and Helen Barbieri Lauck In Denver Colorado. He graduated from East High in Denver in 1950 and was given an NROTC scholarship to the University of Utah in Salt Lake City.

His Junior year he met his wife-to be Evelyn Rampton and after a brief courtship they were married in Salt Lake City June 10th, 1954. This marriage was later solemnized in the Salt Lake Temple in 1956. The young couple attended school together until his graduation in 1955. During that time two lady missionaries from the Church of Jesus Christ of Latter-day Saints knocked on the door and he began the lessons to please his new wife. He immediately felt a strong spiritual confirmation to become baptized and served faithfully until his death in various callings: – Scoutmaster, Bishop, High Councilor, Temple worker, and as a Church Service Missionary. He had a great love of Family History and felt a great desire to search out the names of his ancestors.

After graduating from the University of Utah as a Chemical Engineer, he fulfilled his obligation to the Navy by serving 3 years on the USS Bremerton. His first son was born while he was crossing the equator. He was excited to become a father and a shell-back on the same day. He left the Navy as a Lieutenant and served another 6 years in the National Guard. After leaving the Navy, he was employed by Shell Chemical in Torrance, California. He retired in 1994 after a career of 36 years.

John had many interests: he was an avid tennis player, an enthusiastic skier, a genealogist, loved live theater, crossword puzzles, traveling, and developed a new hobby during the Covid years putting jigsaw puzzles together. He completed over 60 in that two-year period. He loved the mountains and took great pleasure in spending time in their condo in Park City, Utah. He loved people and took every opportunity he could find to talk to them. He said, “everyone has a story,” and he was intent to find them all. But his greatest love was his family, his partner of 68 years, Evelyn, his four children, John R., Heidi, Shelley, David, his grandchildren, and great-grandchildren. He often remarked that he had the best family in the whole world. John left this earth in his home, surrounded by his loved ones on July 26, 2022.

He is survived by his wife, Evelyn, his children Heidi (Scott) Pratt, Shelley (Todd) Winn, and David (Leanne) Lauck. 12 grandchildren, and 15 great-grandchildren. He was preceded in death by his son John R (Alison) Lauck. He was greatly loved, and he will be greatly missed.

To order memorial trees or send flowers to the family in memory of John Darryl Lauck, please visit our flower store.