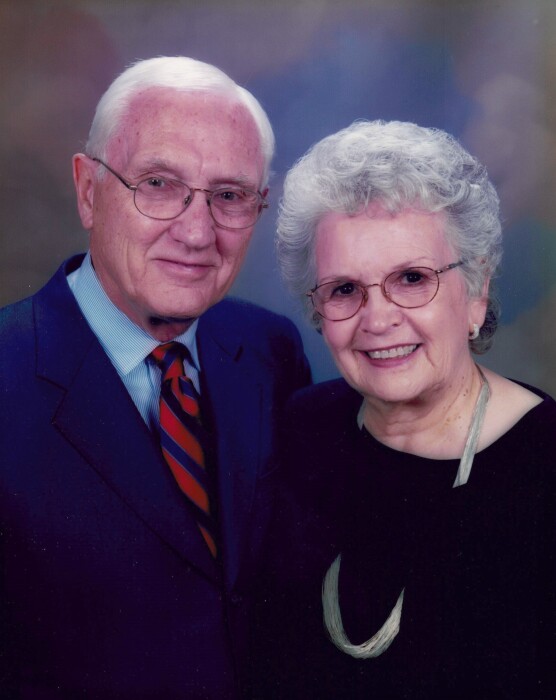 John J. Brown, loving father, grandfather, and great-grandfather passed away October 8, 2021, in Layton, Utah.  John was born January 23, 1930, in Ogden, Utah to Wallace Martin Brown and Maude Alice Sparks Brown.  He lived in Roy throughout his childhood.  He attended Weber High School, where he met the love of his life, Flora Mae Hornbaker.  They were married August 30, 1947, in North Ogden, Utah.  John and Flora were happily married for 72 years until Flora’s death in December 2020.

John spent over 30 years of his career with Utah Power and Light, Co., in the Ogden, Salt Lake and South Davis divisions.  Among the many roles he filled were tree trimmer, journeyman, estimator, and district manager.  Throughout his career, he was devoted to community service serving in various capacities with Sertoma, Rotary, Kiwanis, Jaycees, Toastmasters, United Way, and multiple Chambers of Commerce.

John was an active member of the Church of Jesus Christ of Latter-day Saints.  He served numerous church callings including Second Counselor in the bishopric in both the Roy Lakeview Ward and Farmington 6th Ward.  He and Flora served as Family History Missionaries in Richmond, Virginia, and temple missions in both the Ogden and Bountiful Temples.

He will be remembered for his quick wit and stories.

To order memorial trees or send flowers to the family in memory of John Brown, please visit our flower store.