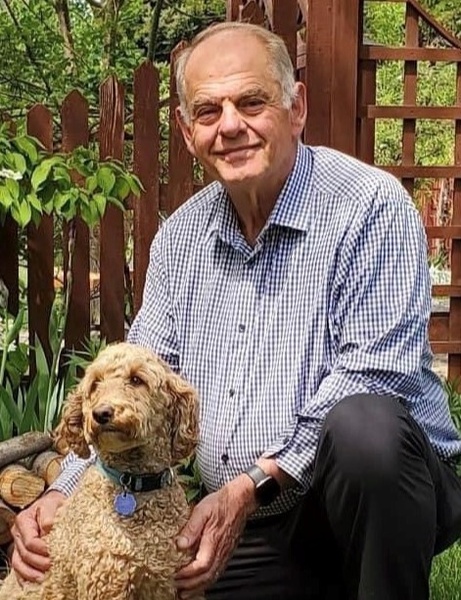 John Allan Whitby, 67, passed away on June 25th, 2022, at his home in Kaysville, Utah, as a result of a tragic accident while working on a home repair project.

The oldest of seven children, he was born in Logan, Utah, on July 8th, 1954, to Boyd Allan and Lueve Winward Whitby.  Growing up in a large military family he was raised in various locations throughout the US, including Kansas, Georgia, Hawaii, New Jersey, Alaska and Nebraska, but Utah was always home.  In high school he excelled academically and participated in football and wrestling, along with scouting where he earned his Eagle Scout award.

He graduated with honors from Diamond High School in Anchorage, Alaska.  After attending Weber State College and Utah State University, he earned his doctorate degree in Veterinary Medicine from Colorado State University in 1981.  During his college years, he spent summer breaks commercial fishing in Alaska.

He began practicing veterinary medicine in Carmichael, California, then in 1985 accepted a position to work in his home state of Utah.  In 1990 he entered a partnership with Dr. Calvin Richards at Fairfield Veterinary Hospital in Layton, Utah, where he worked for the remaining 32 years of his life.

As a veterinarian he was known for his caring and compassion, not only to the animals in his care but also to the clients and staff. There are many stories of him going above and beyond when help was needed including days off, evenings, weekends, holidays, etc. He strived to be the best employer he could possibly be and ensure his staff was well cared for.

Allan was a devoted member of the Church of Jesus Christ of Latter-day Saints where he used many of his talents and skills to enrich, bless, and serve. He held many callings in the Church including bishopric first counselor, Young Men’s president, and (probably his favorite) Boy Scout leader. He was recognized for his service in scouting by being awarded a Silver Beaver, the highest and most prestigious honor awarded to a volunteer by a local counsel. He was currently serving as a missionary with his wife in the Salt Lake Inner City Service Mission.

Allan was an avid outdoorsman who loved fishing, hiking, boating, camping, exploring in his side-by-side ATV, and spending time at his cabin in Wyoming. Allan worked extremely hard and liked to stay busy. You could frequently find him doing projects, hobbies, or other activities. He loved the sense of accomplishment that came with doing and completing a project. He found a way to relax and unwind by listening to his favorite music.

Above all, family was what he treasured the most. He married the love of his life, Anna Dickey Whitby, on April 25, 1974, in the Salt Lake Temple. They were blessed with five children and five grandchildren. Spending time with his family was his absolute favorite, whether it was hiking to a waterfall on Maui or chopping down a tree in his daughter’s backyard, it didn’t matter as long as he was with the ones he loved. Allan was an amazing grandfather. His grandchildren adored their “Papa”, and they were Allan’s pride and joy. His influence will resonate throughout their lives.

Allan was preceded in death by his son, David Allan Whitby, his sister Ann Whitby, and his brother-in-law David Earnshaw. He is survived by his wife, Anna, his daughters and their spouses, Heather and Alex Evans, Heidi and Brendan Brinkley, Amy Brown, Emily and Ryan Steed, his son-in-law Chris Brown, and his grandchildren, Brendan Evans, Taylor Evans, Kaylie Steed, Alyssa Steed, and Skylar Brown. He is also survived by his parents, Boyd and Lueve Whitby, and his siblings and their spouses, Sue Earnshaw, Bob and Angela Whitby, Art and Brenda Whitby, Bill Whitby, and Michelle and Kevin Hancey, along with many adoring nieces and nephews.

Services will be live-streamed and may be viewed at www.lindquistmortuary.com by scrolling to the bottom of  Allan’s obituary.

In the words of a dear friend, we are all better people for having Allan Whitby in our lives - leading, guiding, serving, fixing, loving, showing up, blessing, testifying, and caring for the individual.

In lieu of flowers, please perform an act of service for someone in need, as Allan would have done.

To order memorial trees or send flowers to the family in memory of John Allan Whitby, please visit our flower store.