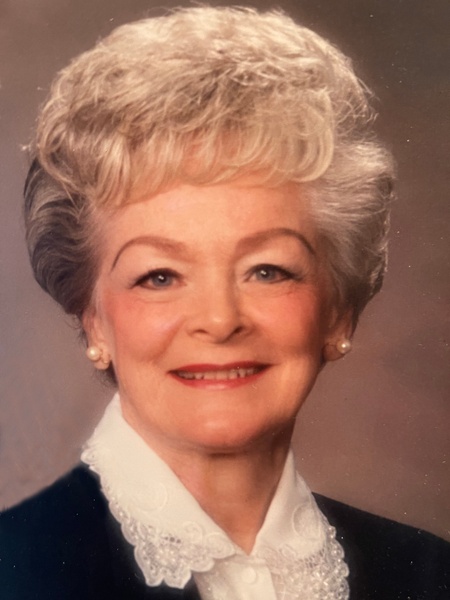 On July 13, 2022 our mother, sister, grandmother and friend, peacefully passed away at her home with her family by her side.

“Gram” was born in Salt Lake City, UT to Vee Alvin and Merlyn Peery Winward. Her birth in late September was only fitting, as fall was her favorite time of year.  Throughout her life she would travel to the mountains where she could admire the beauties of nature and often paint those fall colors and landscapes on canvas.  Those paintings were often displayed in galleries and exhibits.  Her talents, however, were not limited to her artistry alone.  Her long life would reward her with many gifts.  She was an award-winning swimmer and lifeguard. She was also an amazing seamstress, and could cook a meal fit for a king

Her childhood years were spent growing up on 500 East, across from Liberty Park. There, she and her seven siblings learned the importance of family love and sacrifice, especially during the depression and World War II.

After the war, she found herself dating Howard Hill Smith, who ironically lived just behind her on Denver Street.  In short order, they fell hopelessly in love, and were later married for time and eternity. Their love brought them four children; two sons, Mark and Wade, followed by two daughters, Christine and Merlyn.  That family would extend to a proud posterity of over 100. Their love for each other never grew dim and was one of the truly great love stories.

During their “family years”, they enjoyed time at the lake where she became quite the water skier. She also enjoyed many trips with Howard and family to their cabin at Fishlake Utah, aka The Smithsonian Fishtitute.  There, they would chase the mighty Fish of Fish, “Notokus”.  As her family, one by one married and moved away, she and Howard escaped to their winter retreat in Washington, UT, where their love affair would continue to blossom and grow.

In 2010, time took its toll. Howard passed away, and her broken heart never stopped yearning for his strong arm and tender passions. The remainder of her years were spent at the family home in Bountiful, UT, where she would show that same precious love, by serving her family and friends while making fine jewelry and articles of adornment as gifts.

Her final act was to complete her life story by writing a book/autobiography where she detailed her life and relationships with each family member from her youth to the present.

She was faithful to her beliefs throughout her life and showed love and compassion both publicly and privately.

Mom, we will be forever grateful for all that you taught us, and for the amazing example that you set.  Peace be with you until we meet again.

JoeAnn is survived by her children Wade, Christine (Rowland), Merlyn (Bill), a posterity of over 100, as well as her sisters Gerry Kelly and Sharon Ward (Dee).

Preceded in death by the love of her life, Howard, her son Mark, her parents and five siblings.

To order memorial trees or send flowers to the family in memory of JoeAnn Winward Smith, please visit our flower store.