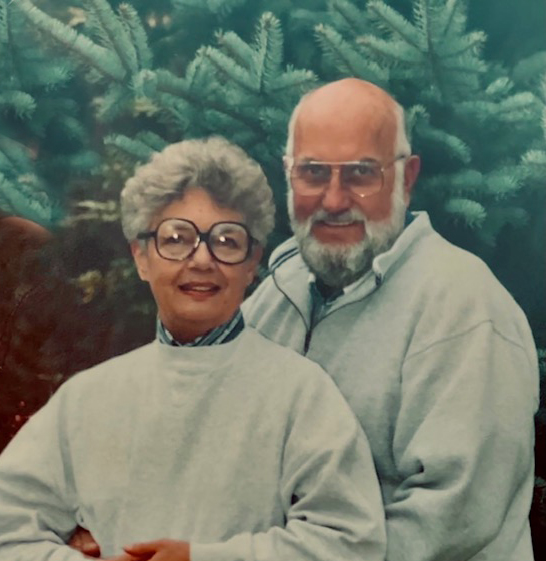 Joan’s parents were James Virgil and Anna Alberts Hicks. Joan was married to and was preceded in death by Jimmy G. Mahas. Both Jim and Joan were a big part of the Weber County Sheriff’s Mounted Posse.

Joan attended Ogden High School and graduated in 1952. She grew up in Ogden and later had homes in Sunset, Harrisville, Ogden, and spent summers in Valhalla.

She was a decorated employee at Amalgamated Sugar, and then Westcom. She earned her pilot’s license at Ogden Hinckley Airport. Joan thoroughly enjoyed her daily trips to the Deseret Industries where she had a many life-long friends. Her hobbies included, but were not limited to, stained glass work, painting, quilting, antique collecting, pointillism, rag-rugs and she did not let moss grow under feet.

Joan is survived by her husband, Tom Norman; and her amazing children, Jimmy G. Mahas (Lori), Becky Mahas, Robert G. Mahas (Tona), Roger Norman and Stuart Norman and daughter-in-law, Kathy Mahas. She was preceded in death by her oldest son, Steve Mahas and granddaughter, Lindsey Mahas. She is also survived by her brother, Jim Hicks and sister, Sharon Austin. She has 11 grandchildren, 14 great-grandchildren and one great-great-grandchild.

A graveside service will be held Friday, October 8, 2021 at 2 p.m. at Lindquist’s Memorial Gardens of the Wasatch, 1718 Combe Rd. Services entrusted to Lindquist’s Ogden Mortuary.

In lieu of flowers, we request contributions be made to the Cystic Fibrosis Foundation ( www.cff.org ).

To order memorial trees or send flowers to the family in memory of Joan Norman, please visit our flower store.