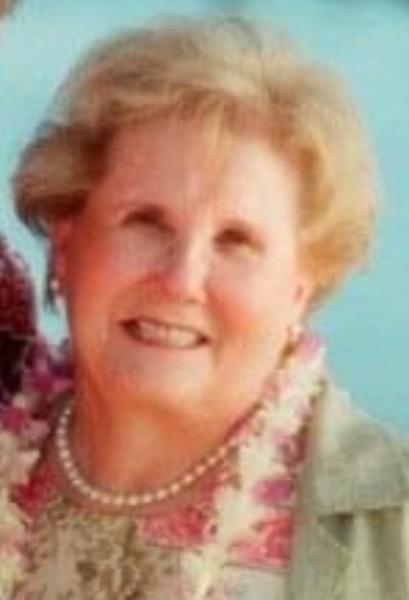 Mary Joan Jewkes, beloved mother and grandmother, was called home to her Heavenly Father suddenly on November 21, 2021 in Lehi, Utah at 80 years of age. Joan’s family had just gathered together the day before to celebrate her birthday and was surrounded by all of her children and most of her grandchildren in Park City, Utah – just one day before her death.

Joan was born November 18, 1941 in Ogden, Utah to Ace and Edith Anderson. Joan married Ben Jewkes September 29, 1961 in Ogden, Utah and they were sealed in the Salt Lake City Temple. Joan and Ben recently celebrated their 60th Wedding Anniversary.

Joan lived in Idaho, Colorado, California and many Utah cities including Ogden, Layton, Highland, and finally settled in Cedar Hills.

She was a lifelong and valiant member of The Church of Jesus Christ of Latter-day Saints. Joan served a mission with her husband in Edinburgh, Scotland and spent many years serving as an ordinance worker in both the Boise and Timpanogos Temples. Joan also held many other church callings all her life.

Joan began and worked 30 years as a public servant in federal service; first as a key punch operator at Hill Air Force Base where she met Ben. Directly following that, she worked for the IRS, US Customs, and the Federal Aviation Administration.

Joan enjoyed traveling and saw many parts of the world, with three of her favorite trips being Tahiti, Jerusalem, and Barcelona, Spain. Of special note, she spent New Year’s Eve at the change of the Millennium in Sydney Harbor enjoying spectacular fireworks to ring in the new year. Her family and friends loved her, and her penchant for interior design and Pepsi. Joan was a voracious shopper and was known to shower her family with many unexpected gifts courtesy of QVC. She bravely faced and conquered many challenges in her life; and remained a strong force nonetheless in the lives of her family.

Services will be available to view by clicking on the following link: https://youtube.com/playlist?list=PLO9QD59PR95AipEOuZ2W0U3ZHP9IXr5to

To order memorial trees or send flowers to the family in memory of Joan Jewkes, please visit our flower store.