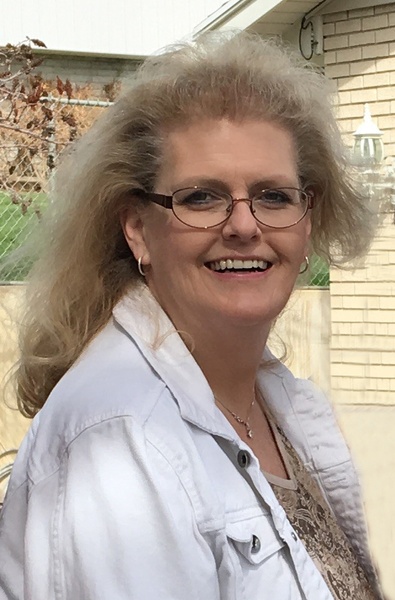 Joan Critchlow passed away Friday, June 17, 2022 at her home of heart disease only four days before her 57th birthday. She was born June 21, 1965 in Ogden to Leslie R. Critchlow and Lois Swanson of Pleasant View.  She was a member of The Church of Jesus Christ of Latter-day Saints. She grew up in Pleasant View and North Ogden and spent her entire life in that area. She attended Weber High School where she was a friend to almost all who knew her because of her pleasing personality and persistent smile. She was active in drama and performed several leading roles in many plays. Soon after her 1983 graduation she began her career with the Department of Defense working at Defense Depot Ogden, UT where she made many more friends among her coworkers.

She received numerous awards for her skills and talents and was admired by all. In 1992 she became a mother to Tyler Critchlow. He immediately became the center of her world and the delight of his extended family. In 1998 she made a career change when she took a position working for NASA. And finally, she began her career at the 419th Reserve Fighter Wing at HAFB where she retired as the Mail Supervisor. In 1997 she met her future husband Brad Edelman and they married in September 2000 and remained each other’s best friend.

Her world revolved around her very active family.  Her favorite activities always included as many members as possible and involved camping, hunting, fishing, and bowling. To many of her nieces and nephews she became their listening post and advice giver. To her son Tyler she was his biggest cheerleader as he pursued an interest in music. She was an accomplished baker and her treats were highly praised and sought after by many.

She loved the annual Cousins’ Party and visiting and having fun with all her cousins – a rare thing among families today. She was always first in line to give a hand to anyone who needed it. Because of her appealing personality, acquaintances would walk out of their way just to give her a hug.

Services will be live-streamed and available by scrolling to the bottom of Joan’s obituary page at: www.lindquistmortuary.com, where condolences may also be shared.

To order memorial trees or send flowers to the family in memory of Joan Critchlow, please visit our flower store.