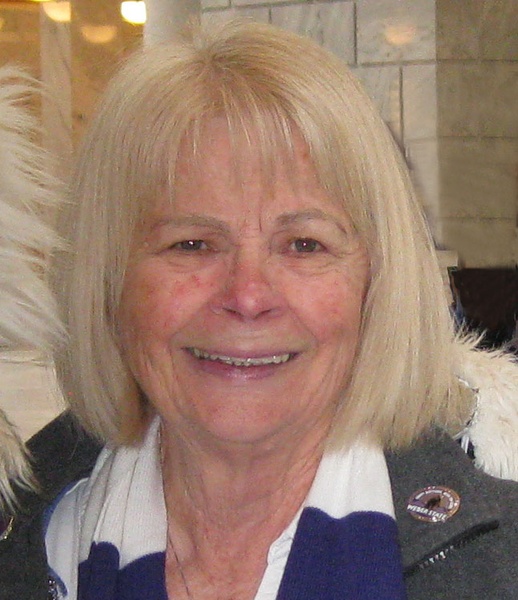 North Ogden–Jo Ann Nielson Schmalz passed away suddenly at home on Tuesday, March 22, 2022 two weeks after her 82nd birthday. She was born March 7, 1940 in Salt Lake City, the first child of Swen Lawrence Nielson and LaFrance Russell. She was an active, lifelong member of the LDS Church.

Jo Ann married Charles L. Schmalz on August 18, 1961 in the Salt Lake Temple. Over the course of their marriage, they lived in Moses Lake, WA, Salt Lake City, Burley, ID, and South Ogden. She has resided in North Ogden for the past 32 years.

Jo Ann graduated from Bountiful High School and Weber College. She worked as an Activity Director and Social Worker for Intermountain Health Care in Burley and Ogden.

Service was Jo Ann’s nature and watchword. She always helped family, friends, and neighbors. There was never a stranger in need when Jo Ann was around. She and Charlie served six Service Missions, three on Temple Square as Building Hosts and Guest Service Missionaries, and three Family History Missions. Also, they volunteered at the 2002 Winter Olympics and at the Ogden Family History Center.

Jo Ann was an avid collector of dolls and teddy bears. She loved to travel, enjoying numerous cruises and tours of the United States with Charlie.

Jo Ann is survived by her husband, three daughters, Karen (Tim) Parker, Layton; Janet (Rob) Autrey, Provo; and De Ann (Vail) Kelly, Kaysville. She has ten grandchildren and eleven great-grandchildren. She was preceded in death by parents and her sister, Barbara (Gordon) Freeman.

Services will be live-streamed and available by scrolling to the bottom of Jo Ann’s obituary page at: www.lindquistmortuary.com, where condolences may also be shared.

To order memorial trees or send flowers to the family in memory of Jo Ann Nielson Schmalz, please visit our flower store.