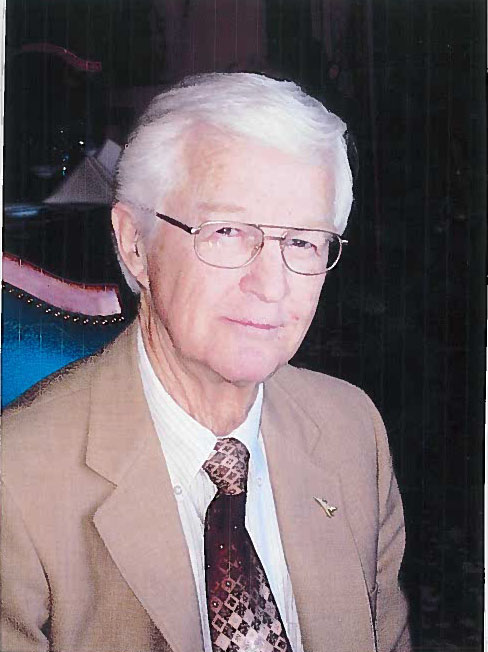 On March 21, Jerald David Cannon, 88, passed away peacefully at his home in Pleasant View, Utah surrounded by his family. His death was the combination of long-term health issues and impacts from a COVID infection last year that he couldn’t overcome. Jerry was a New Year’s baby born January 1, 1934 in Tremonton, Utah to Douglas and Amelia Cannon. Jerry grew up in Tremonton, playing every sport possible and hunting in between. After graduating from Bear River High School, he briefly attended Utah State University before joining the military and traveling to Texas and Colorado for his basic training and flight school.

Shortly thereafter, on July 5, 1955, he married Rowane Zundel from Fielding, Utah in the Logan Temple. They started their life together by moving to Paris, France for the next year and a half. Jerry would go on to serve as a fighter pilot in the Air Force for over 23 years achieving the rank of Colonel. He traveled all over the world flying planes and volunteering for whatever mission they needed. He was most proud of his two tours of Vietnam where he flew 294 combat missions in the F-100. He would serve a third tour as the squadron commander of the 433rd Tactical Fighter wing in Thailand flying F-4s following the war. He would retire in 1977, and after a brief stay in Nebraska, eventually settled back in Tremonton.

He worked at Thiokol for the next 15 years in the Human Resource Department. He made numerous friends in that position. Many of the technical staff hired at Thiokol during the 1980’s, when talking to members of our family, would fondly state “Jerry hired me”. It was also during this time, June 1987, that Rowane passed away. Jerry was devastated as all the plans they’d made for their retirement were upended. Jerry would have several starts and stops over the next several years as he tried to navigate his changed world. We are grateful to all those who supported him during this difficult time.

Jerry was then introduced by a family friend to Pamela Berrett. They were married on May 22, 1999 in the Salt Lake Temple. Pam and Jerry would go on to travel the world visiting all his favorite haunts plus a few more. Pam loved to sing and Jerry loved being the roadie for all her performances. Pam would perform at weddings, funerals, nursing homes or any other special event. Jerry would brag about her singing and how happy it made everyone feel.

Jerry was a member of The Church of Jesus Christ of Latter-day Saints and had a testimony of Jesus Christ. Wherever his assignments took him the first thing he always did was find where the ward or branch met and attend on the first Sunday. Jerry served in numerous Bishoprics, Branch Presidencies, Elders Quorum and High Priest Group Leadership, as a Stake High Counselor, and as Bishop of the Tremonton 2nd Ward.

Funeral services will be held on Friday, April 1, 2022 at 11 a.m. at the Pleasant View South Stake Center, 3602 North 500 West. Friends may visit with family on Thursday from 6 to 8 p.m. and Friday from 9:30 to 10:30 a.m. at the church. Interment at 2 p.m. at the Riverview Cemetery, Tremonton, Utah. Services entrusted to Lindquist’s Ogden Mortuary.

Services will be live-streamed and available by scrolling to the bottom of Jerry’s obituary page at: www.lindquistmortuary.com, where condolences may also be shared.