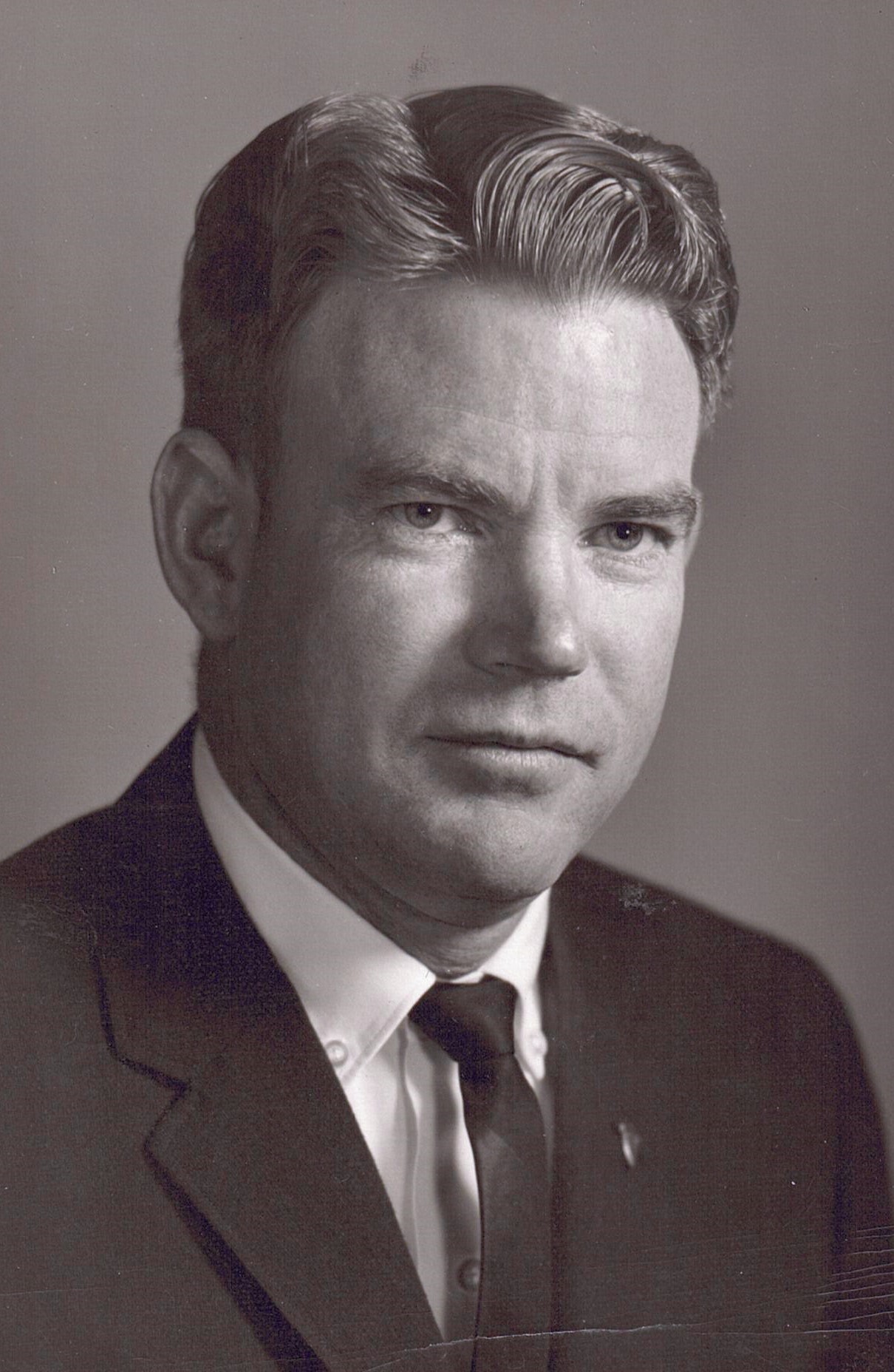 Jens Crosby Jensen, age 94, passed away peacefully in his beloved home in Layton, Utah on Tuesday, May 17, 2022. Born on October 2, 1927 to Joseph Jensen and Eliza Fox Snow, he died next to his devoted and cherished wife of 69 years, LaWayne Jensen. Jens was raised alongside his four siblings in Emery, Utah on his parent’s cattle farm. Taught to appreciate the joy of hard work and a sense of duty, Jens graduated high school and joined the U.S. Navy. He honorably served during World War II as a yeoman aboard the U.S.S. Lunga Point from 1945-1948. After an honorable discharge and with funding from the G.I. Bill, Jens moved to Logan, Utah to study at Utah State University.

After graduation and the passing of his father, Jens moved back to Emery to help his mother manage the family farm. There he met the love of his life, LaWayne, and soon after they were sealed for time and all eternity on December 14, 1953 in the Manti, Utah Temple of the Church of Jesus Christ of Latter-day Saints.

Jens began his illustrious 38-year career for the Bureau of Land Management (BLM) first in Cedar City, Utah as a land surveyor, overseeing the management of government land. As he advanced in his career at the BLM, Jens and LaWayne had the opportunity to live in Monticello, Utah, Rawlins, Wyoming, Boise, Idaho and Layton, Utah. Despite the frequent moves, Jens was quickly able to make an impact on his community as he sought to be involved with various clubs and organizations, such as Jay Cee’s in Cedar City and the Kiwanis Club in Rawlins.

Additionally, his lifelong service and devotion to the Church of Jesus Christ of Latter-day Saints

allowed the Jensen’s to establish themselves wherever they went.

Upon retirement, Jens held the title of Chief of Division of Operations for the State of Utah and worked in the BLM offices in Salt Lake City. Never one to sit idle, he spent retirement pursuing his many hobbies – woodworking, golfing, gardening, reading, snow skiing, politics and camping. He even sponsored his love of golf by working at the Valley View Golf Course in Layton.

To all who knew him, Jens was an example of a life fully lived. He was a jack of all trades, but

he will be forever remembered for his ability to find the good in everything, unwavering patience,

good-nature, wisdom and quick wit. Jens’ greatest joys came as a husband, father and grandfather. He left behind an enduring legacy of hard work, fortitude, and devotion for the many that survive him in death.

Jens was an incredible man who will be sorely missed by all who knew and loved him, but we rejoice in his reunion with his baby daughter, Jennifer, his parents and three older sisters.

Jens will be laid to rest after the funeral in Emery, Utah.

To order memorial trees or send flowers to the family in memory of Jens Crosby Jensen, please visit our flower store.