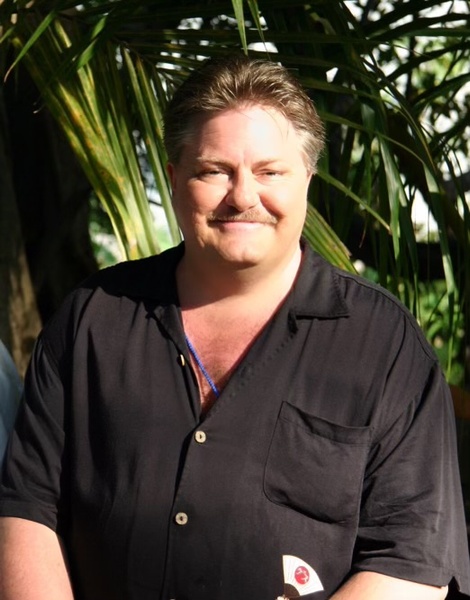 Jeffery D Barlow, age 61, passed away at his home in West Point, UT, December 26, 2021. He leaves behind  many friends and family whose lives he touched deeply. We love him and will miss him greatly.

Jeff was born November 16, 1960 in Jerome, Idaho - a big (10 lbs. 8 oz) surprise to Joseph Wintle Barlow and Helena DeBoer. He enjoyed growing up on the farm complete with many pets: dogs, cats, horses, and even cows! He was involved in several musicals at Jerome High and in the community. After graduation he attended the College of Southern Idaho's Culinary Arts Program, becoming a great chef - adding to his many other talents.

When it was time to leave Idaho, Jeff found himself settling in the Ogden, UT area, where he had many dear family members and soon acquired many friends. Through the years he found many opportunities to use his  chef skills. He worked at many restaurants, learned bar skills (vital to a chef), and even ran his own catering  business.

Jeff battled type 1 diabetes from the age of nine, which brought on many problems, one being a significant loss  of eyesight. While a manager at Sam's Club, his health problems worsened requiring a medical retirement in  2007.

Did that stop Jeff? No! Jeff has a huge heart. He loved people. He loved doing things for people: cooking,  planning, preparing and then serving a real "experience" from his kitchen; dinners for the aunts and uncles,.surprise milestone birthday lunches for siblings at their workplace; and catering often at many functions.  He especially loved to surprise his friends with tickets to great concerts, even to Broadway.

At Jeff's core was his passion for helping others. He was instrumental in establishing The Barony of Northern  Utah, a non-profit organization. He was a founder and served on the board of directors. Jeff spent much of  his personal time providing counsel and advice on guiding the organization. The Barony of Northern Utah was  able to give back to the community, including Saint Anne's (Lantern House), a homeless shelter.

Very dear to Jeff's heart was the sound of and participation in music. If you know Jeff you've probably heard a Barbra Streisand song, Josh Groban, and many of the greats. He played them. He sang them. He loved them all.  Now his music is heavenly. The piano, trumpet, and organ will be well used in heaven as they were here.

Jeff's big heart provided the most tender loving care to our aging parents. Ever grateful we are, as a family, for  all he willingly gave to serve them so diligently, faithfully, and unconditionally.

Jeff's life was one of service. He gave freely, wanting not much more than an attitude of gratitude. We are grateful for your life and for being able to know and love you.

Services will be live-streamed and may be viewed at www.lindquistmortuary.com by scrolling to the bottom of Jeffrey's obituary page.

To order memorial trees or send flowers to the family in memory of Jeffery Barlow, please visit our flower store.