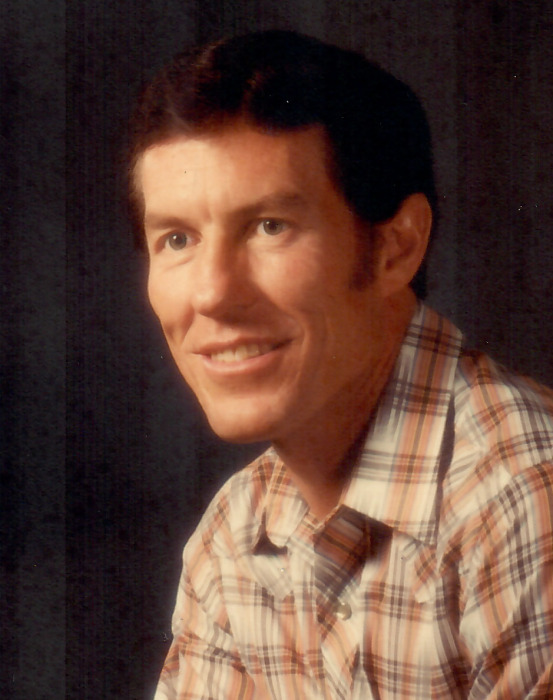 He was born June 22, 1936, the oldest child and only son of Samuel Paul and Carol Webb Thompson. He was raised in Ogden. Jay attended Lewis Jr. High and graduated from Ogden High School in 1954. Within the month, he had enlisted in the U. S. Air Force. He served in Tripoli, Libia and Condon, Oregon where he learned and became the best at air traffic control.

He married Marjorie May Barta on September 8, 1957 and a couple years later, they welcomed first one daughter, and a year after that, a second daughter. In 1961, they found a small 1 acre farm in Hooper and the rest is history. He LOVED Hooper. He converted that one acre into 30+ acres and created a successful horse racing training facility, which included a world class half mile racetrack. Jay was well known in the Appaloosa racing world and was admitted into the Appaloosa Racing Hall of Fame. He was fortunate and skilled to raise, own, and subsequently win the World Wide Futurity, with The Hooper Honker. He went on to win many other prestigious races and gained much respect and many friends.

Jay had a passion for basketball, which had started while serving in the Air Force. He was a student of the game and then went on to share his skill and knowledge with many, many young men and women. He had his own basketball camp for over 30 years and coached over 2300 youth attending those camps at no cost to them. He was a volunteer coach at several of the high schools in the area ending with much of his 18 year career being at Morgan High School. Jay not only taught “his” boys and girls how to play the game of basketball, but even more importantly, he taught life skills.

Jay and Marge eventually divorced and Jay married, first, Gayla Sweeten and later Patti Evans. Five years ago, he was reunited with a dear friend from his school days and he and Susie Boheen Bailey were married on September 16, 2017.

Jay was a member of The Church of Jesus Christ of Latter-day Saints and he LOVED his Savior! Many youth in the Hooper 2nd Ward loved him as their Sunday School Teacher and in his late 70s he was called as a Ward Missionary. For the next 3 years, he embraced this calling like he did everything else; with passion. He loved the Lord and wanted everyone to know their Savior.

Jay will forever be remembered and loved by his family and friends: Wife, Susie Bailey Thompson; Daughters, Sherry and Greg Tulane and Joanie and Clay Robinson; Grandchildren, Randi and Tyler Dunyon (Colby, Kru, Mason, and Dax), Mike and Sarah Tulane (Brady, McKay, Cal, and Abigail), Stan Tulane, Mitch and McKenna Tulane (Evie and Jersey), Staci Tulane, Jed Tulane, Beau Robinson, and Elder Chance Robinson. He is also loved and will be missed by his sister, Joan Smith and her family. He was preceded by his little sister, Junie, his parents, and a granddaughter Clayne Robinson.

Much love and thanks to Jason Smith (one of his basketball boys) and the Lindquist Mortuary family for their special care.

To order memorial trees or send flowers to the family in memory of Jay Thompson, please visit our flower store.