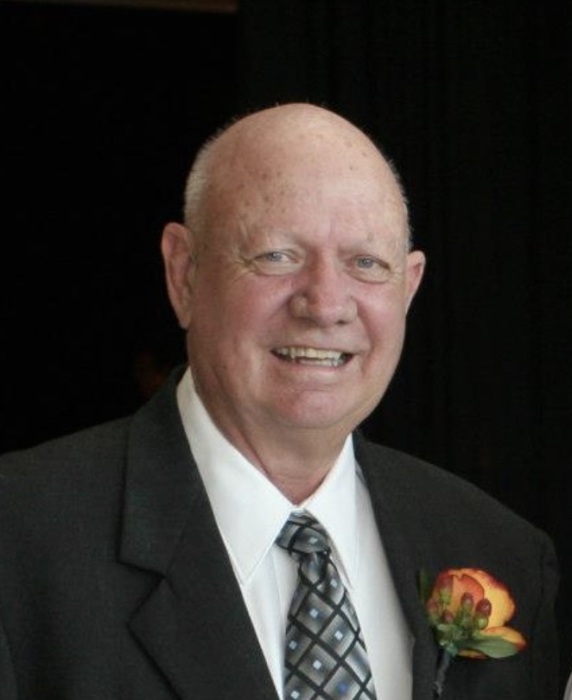 Our beloved husband, father, grandfather and great grandfather, Jay Elmo Christensen, 84, passed peacefully from this life on October 12, 2021, surrounded by his children, after a courageous battle with cancer.

Jay was born April 25, 1937, in Provo, Utah to Elmo Ray and Nola Kofford Christensen.  He was the oldest of seven children.  He was raised in Richfield, Utah and graduated from Richfield High.  As a child he enjoyed riding his Schwinn Black Panther bicycle for his paper route and worked with his dad in the grocery store.

Jay was baptized and confirmed a member of the Church of Jesus Christ of Latter-day Saints on May 6, 1945 and was a faithful member his entire life. He had a strong testimony and had a great love of the gospel. He served an LDS mission to the Great Lakes Mission in 1957-1959.  He also served in the Young Mens, Elders Quorum, Sunday School organizations and at the Bishops Storehouse as a service missionary.

He met Rosemary Reid while attending SUU and they were married in the St. George Temple on December 28, 1960.  They had five children and divorced after forty years. He married Mary Wanless in the Manti Temple on May 24, 2003. They divorced in 2005.  He was then married and sealed to Sherrie LaDawn Klingler in the Jordan River Temple on March 3, 2007.  After Sherrie’s passing from cancer in 2012, he married E. RaNae Lindsay Petersen on July 17, 2015.

Jay lived in Hurricane, Utah, West Valley, Utah, and Rexburg Idaho, where he taught elementary special education for over thirty years.  He loved teaching and had a special connection with the disabled.  Jay enjoyed tinkering with bikes, building sun decks and treehouses with RaNae.  He loved life and delighted everyone with his smile and driving around in his Happy Truck.  He enjoyed working at the Salt Palace taking tickets for the Utah Jazz and Golden Eagles Hockey games.  He loved watching the Utah Jazz and BYU football, basketball, and volleyball games throughout his life.  Jay also had a deep love of trains.  He had them around the house, through walls, around the Christmas tree and shared them with everyone.  He enjoyed attending all the soccer, baseball, and football games, plays, gymnastics, dance recitals, pageants, choir concerts and any other special event.  He never missed an opportunity to participate in a baby blessing, baptism, ordination or marriage for his children, grandchildren, and extended family.

He lived in Reno, Nevada and then moved backed to Richfield, Utah, where he was the manager of the Quality Inn and served as the President of the Richfield Senior Citizens. Jay was always looking for a way to help someone in need and serve others.  He moved in with his mother and assisted her in her aging years and later served his wife Sherrie through her battle with cancer.  He was diagnosed with prostate cancer in October 2003 but continued to live a long productive life, full of dancing, singing and laughter with his family until his passing.

Jay will be greatly missed and was “loved muchly” by all his family and anyone who knew him.

The family would like to express our gratitude and appreciation to the staff from Applegate Hospice, especially Debbie and Joanna for their sweet, compassionate, and loving care through the end of Jay's life.

In lieu of flowers please consider donating to the Church of Jesus Christ of Latter-day Saints missionary fund.

Services will be live-streamed and may be viewed at www.lindquistmortuary.com by scrolling to the bottom of Jay’s obituary page.

To order memorial trees or send flowers to the family in memory of Jay Christensen, please visit our flower store.