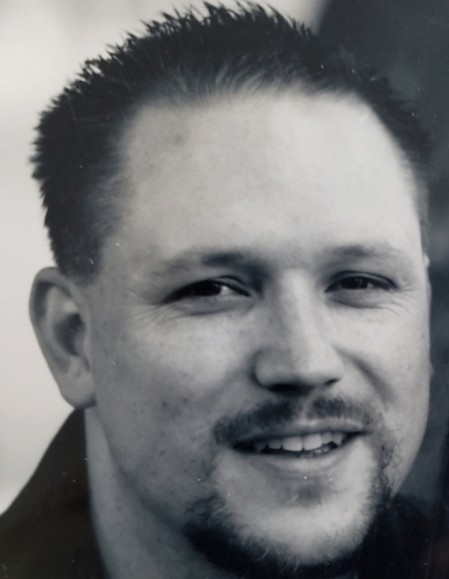 Jason was born November 10, 1975 to Carol Lynn Rossiter and Rhett Forsyth Potter in Ogden, Weber County, Utah. He grew up in Riverdale where he graduated from Bonneville High School in 1994 and played running back for the high school football team. He is the youngest of five siblings. Jason’s mother passed away 10 days after he was born in 1975.

Jason was called to serve a mission in Recife, Brazil from 1995 to 1997, where he learned to speak Portuguese and fell in love with the Brazilian culture. He graduated from Weber State University with his bachelor’s degree in Information Systems and Technology. He enjoyed working in computer science and held many technician and engineer positions. While attending Weber State, Jason worked at Convergys where he met and fell in love with Kellye Shaw. They were married on March 6, 1999 and that union was later solemnized in the Bountiful Temple on August 5, 2000. From that union they had two children, Olivia Claire Potter and Landon Shaw Potter. They were later divorced.

Jason enjoyed his travels to San Francisco. He loved his children more than anything and his favorite thing in the world was to spend time with them. He loved sports and was an avid Raiders football fan. He was an ardent reader of J.R.R. Tolkien tales. Jason loved skulls and kept an impressive collection from many places around the world. One of his pastimes that brought him comfort was playing videogames with his children.

Jason was a lifelong and faithful member of The Church of Jesus Christ of Latter-day Saints. His steadfast faith was an inspiration to his family and loved ones.

He is survived by his two children: Olivia Potter and Landon Potter (mother Kellye Potter) of North Salt Lake.  He is also survived by his father, Rhett Potter of Riverdale; his sisters, Teri (Chris) Wiberg of Syracuse and Corby (Denny) Young of Eden; and his brothers, Bryn (Kristi) Potter of Kaysville and Burk (Staci) Potter of Layton; as well as many beloved nieces and nephews.  He was preceded in death by his mother, Carol Lynn Rossiter Potter; and his grandparents, Jay and Glee Potter and Bill and Lucile Rossiter.

Heartfelt gratitude to Bryn and Kristi Potter for the love and care they provided to Jason throughout his battle with cancer.

“In sorrow we must go, but not in despair. Behold, we are not bound for ever to the circles of the world, and beyond them is more than memory” (J.R.R. Tolkien).

Funeral services will be live-streamed and may be viewed by scrolling to the bottom of Jason’s obituary page at www.lindquistmortuary.com.

Our family extends our deep appreciation and heartfelt thank you to all the medical professionals at the Huntsman Cancer Center and Davis Hospital/Utah Hematology & Oncology (Dr. Carl Gray, Angelina Padilla, nurses & staff) for your life extending treatments and care. We are also very grateful to the sweet and exceptionally tender and responsive end-of-life care givers at Inspiration Home Health & Hospice and their partners. We extend a special thank you to Jessica Pace for her love and guidance throughout Jason's medical journey. Thank you, we love you all!

To order memorial trees or send flowers to the family in memory of Jason Potter, please visit our flower store.