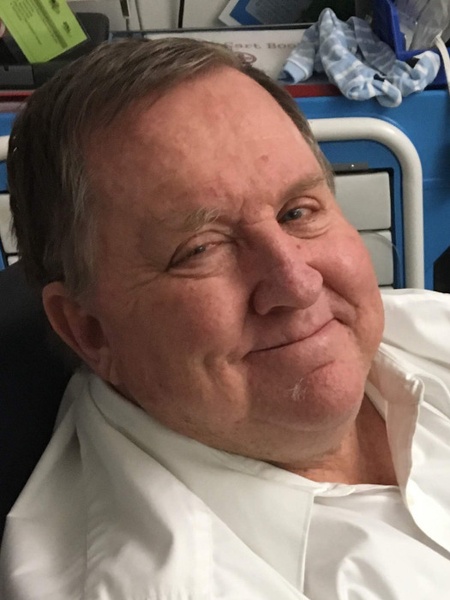 James “Jim” Thomas Jones left this life to continue his journey into the next on January 6, 2022.  He was born, the third of four sons, to O. John and M. Amy McMullin Jones on a cold stormy night, December 17, 1957. He was raised in Bountiful, Utah and attended local schools. He served a mission for The Church of Jesus Christ of Latter-day Saints in the Tennessee, Nashville Mission. After his mission he attended the University of Utah where he met and married his sweet and lovely wife, Colleen Strong. They were married in the Salt Lake Temple, August 7, 1981, and just celebrated 40 years together.

He attended Weber State University where he earned a degree in English.  He enjoyed genealogy and history.  He spent many years devoted to the scouting program at almost every local level.  He earned the Silver Beaver for his years of devotion.  He was the author of a documentary on the towns of Bingham Canyon, Utah, and a book about the residents of the ghost town of Grafton, Utah.

He was known for his sense of humor and his ability to befriend anyone. He was always looking for those who needed a friend and stepped up to be that friend, whether for a few minutes during a conversation in line at the store, or long term to those in the neighborhood. He truly was an example of Christ by loving those around him regardless of their situation.

One such that he befriended was Viviane Destro. She came into his family’s life needing friends and family in an unknown country and became as much his child as any of his children. He acted as a third grandpa for her children and would not have wanted it any other way.

He is preceded in death by his father, O. John Jones, his son, Andrew Dee Jones, and his grandson, Conley Rhinehart Boom.  He is survived by his wife, his children, Amy (John) Boom, Viviane Destro, AJ, Ammon, and Amanda (Ty) Miller. His grandchildren Liam & Alyssa Davis, Marshall Miller and Thomas Boom. He is also survived by his mother, three brothers and their wives; and many, many nephews and nieces whom him loved making balloons animals for them all.

In lieu of flowers please donate to either Primary Children’s Hospital or the Ronald McDonald House of Utah as both provided much help and relief through trials with both his son Andrew and his grandson Conley.

Funeral Services will be held at 11am on Saturday, January 15, 2022, at the Bountiful 9th Ward Chapel, 585 E. Center St. Bountiful, Utah where friends may visit the family from 9:30-10:30am prior to the service and on Friday evening from 6-8pm at Lindquist’s Bountiful Mortuary, 727 N. 400 E. Interment will follow at Bountiful City Cemetery.

To order memorial trees or send flowers to the family in memory of James "Jim" Jones, please visit our flower store.