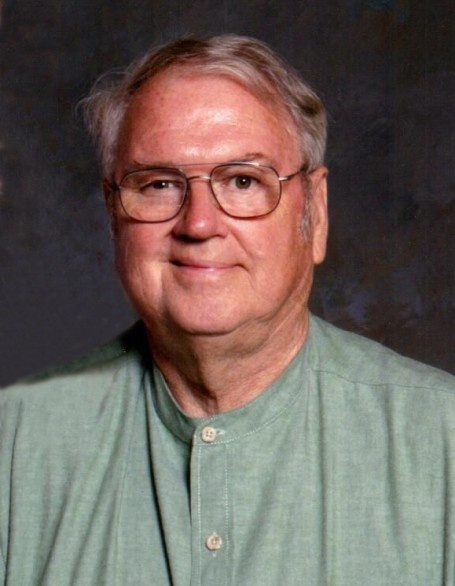 James Edgar Folsom, also known as Big Jim to his friends, 86 of Ogden passed away Wednesday, January 12 2022, at McKay Dee Hospital of natural causes. Born April 28 1935, in Willston, North Dakota, to Irl Edgar and Hattie Eliszabeth Smith Folsom, the youngest of four children. He graduated in Oregon from Salem High School Class of 1954. He eventually got an associate in accounting from Stevens Henager College. Jim was a member of the Navy Reserves and then enlisted in the USAF and served during the Korean War.

Jim would meet his wife Ella Long at a dance with friends and they were married December 27,1960. They raised four daughters together. Jim eventually retired in 1992 as a supervisor in aircraft mechanics from Hill Air Force Base in Layton. Jim and Ella enjoyed camping with family and friends and were members of the Good Sams Club. He was also a member of the Fraternal Order of the Eagles and the American Legion where he and Ella would make lifelong friends.

Jim is survived by four daughters, Robin (Armando) Izatt, Karry (Rusty) Larson, Nan Shafer and Tammy (Randy) Bockas. He was a grandfather to 13 grandchildren and a great-grandfather to 34 great-grandchildren, with one on the way and sister Joyce, (Dean) Becker of Portland, OR. He was preceded in death by his parents, granddaughter, Starla Tucker; and two sisters, Betty Jean Folsom and Velma Louise Sundent.

Jim is remembered by his family and friends as funny, respectful and caring. He loved to attend Weber State Football Games. He enjoyed spending time with his grandkids and great grandchildren. He will be missed and remembered by all who knew and loved him.

To order memorial trees or send flowers to the family in memory of James "Jim" Folsom, please visit our flower store.