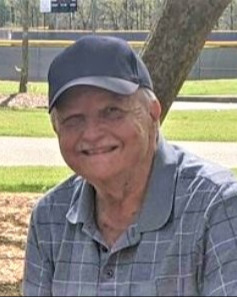 James Earl Wilson, beloved father and grandfather; passed away peacefully with family at the age of 70, on August 19th 2022.  He was born in Salt Lake City on March 21st 1952, the eldest of two sons born to Earl Pierce Wilson and Donna Darlene Wilson.  He joined an older half-sister (Mary) Earleen Wilson.

Jim grew up in Rose Park, Utah and attended West High School, graduating in 1970.  He was a good student and captain of the soccer team, a sport in which he lettered.

He married Shauna May Bailey on April 8th 1972, and they were later sealed in the Salt Lake City Temple on September 24th 1975. (Later divorced) They were proud parents of 3 sons and 3 daughters.

Jim worked assorted jobs until settling into long term employment with the United States Postal Service as a letter carrier, from where he retired after 34 years in April 2010.

Jim loved music and was a talented musician, excelling at the guitar and writing dozens of original songs. He loved helping with The Church of Jesus Christ of Latter-Day Saints Bountiful 22nd Ward Road Shows (and other programs) for which he earned an award for best original music

Jim liked to stay physically active, hiking with his kids, and running 5K races at which his family loved to cheer him on.  He also loved to support his kids in local sports, especially soccer.  In 1987 he coached his oldest daughter Colby’s soccer team all the way to win the State Championship.

Jim married Debra Paul in the Salt Lake City Temple on December 2nd 1989, joining her 3 children to his family.  He took loving care of her until she passed on November 6th 2019.

Thank you to all the friends and family who have shown love and support to our family at this time.

There will be a Viewing held on Monday August 29th from 10:30 am-12 pm at Lindquist’s Bountiful Mortuary, 727 N. 400 E. Bountiful, UT.  with a Graveside Service to follow at Bountiful City Cemetery.

To order memorial trees or send flowers to the family in memory of James Earl Wilson, please visit our flower store.