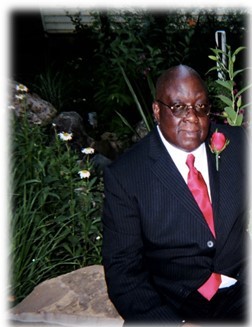 James Eugene Washington passed away on Monday, November 1, 2021 following several months battle with failing health. He fell asleep at 81 years of age. He is now peacefully awaiting the return of our Lord and Savior Jesus Christ.

James was born in Columbia, South Carolina to the union of James and Ada Washington. James was the second child of four siblings, he was preceded in death by his parents and brother Samuel Taylor-Washington. At a very young age, the family moved to Bridgeport, Connecticut where James graduated from Central High School where he was an outstanding football player. He joined the Air Force where he would spend the next 20 years on adventures with his family. As a young serviceman, he married the love of his life Patricia White-Washington and raised their four sons. Part of his adventure included living abroad in England stationed at the twin bases of RAF Bentwaters and RAF Woodbridge. Everyone who lived there described it as the “sweetest place on earth”.

Retiring from the military, James moved to North Ogden, Utah and began a 30-year career as a civil service employee. The family often joked that he only ever had two jobs! Wash, as he was affectionately called, loved to have a good time and laugh at his own jokes. He hosted many a lively party. His four children, Tony, James, Lee and Darren all inherited his love of a good time and laughter. Wash was known for his gift of culinary prowess which he showered upon his family whenever possible. All of us have fond memories of his lamb curry or his special sauce spareribs. James also had a love of gardening and had an incredible green thumb, growing many vegetables from mere seeds. After retirement, he could usually be found outside puttering around in his garden; his pride and joy.

Big Jim, another pet name, was a man of few words. He conveyed his love by preparing food and buying gifts. He loved spending time with his family whenever he could. He was an avid fisherman and lover of sports, especially the Dallas Cowboys, which he instilled in three of his four sons and their families as well. Despite his lack of words, we all knew how much he loved us and how hard he worked to provide everything we would ever need.

You will be sorely missed Pops and we will always remember you and the things you taught us. We will take care of Mom now. We love you...

Funeral services will be held on Tuesday, November 9, 2021 at 2 p.m. at Lindquist’s North Ogden Mortuary, 2140 N. Washington Blvd. Friends may visit with family on Monday from 6 to 8 p.m. at the mortuary.

To order memorial trees or send flowers to the family in memory of James Washington, please visit our flower store.