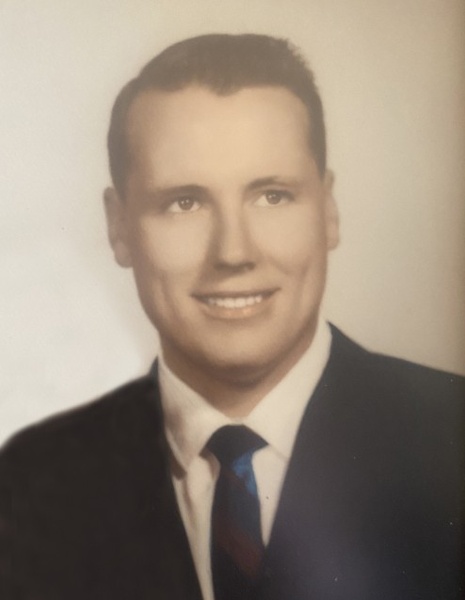 South Ogden–James Marvin Price, 84, passed away on February 26, 2022. He was born on March 21, 1937 in Harrisville, Utah, the son of Reuben Lee Allphin (Ott) Price and Marvel Pearl Martin Price. He attended Weber High School and grew up in North Ogden.  He met his future wife while attending Weber High School.

On March 14, 1958, he married Marva Janell Price in North Ogden, Utah and they have one daughter, Jerine Marian Price. Marva passed away on April 29, 2012. James is a member of The Church of Jesus Christ of Latter-day Saints.

James learned how to drive diesel trucks by going to work with his father when he was young. His father taught him a strong work ethic. By the time he was 18 years old he was a professional driver and had a full-time job with C. R. England, hauling cargo cross country. He drove Truck #4 for C. R. England and was hired by the founding owners. James started working for W. R. White Pipe Company hauling concrete pipe alongside his father and brothers. By that time, he owned his own diesel, Truck #16, and was an owner operator. He worked for W. R. White Pipe Company for 39 years.

James was a very motivated person and actually worked two jobs at one time. He worked four years at Defense Depot Ogden. He was awarded Civilian Employee of the Month while working at the Depot.

James then started working for Tramcor Corporation hauling all types of cargo for them.  In 2015 Tramcor provided him with a brand new Peterbilt Truck to drive. It was his pride and joy. James retired from Tramcor in 2020, due to complications from a stroke. He worked for Tramcor for 26 years.

In 2015 James was honored by Tramcor as a Driver of the Month for 2015. In 2015 he was also awarded with the Utah Trucking Association Truck Driver of the Year. James racked up over 4,300,000 driving miles in his career, accident free. He also provided training to other drivers throughout his career. James has left a legacy of safe driving and commitment to on time delivery to customers.

James offered assistance to many organizations in the community; Ogden Rescue Mission, St Anne’s Homeless Shelter, Lotus Assisted Living and was a Gear and Vehicle Support Driver for the American Diabetes Association Tour De Cure Bicycle Event in Box Elder County, for several years. He has left a legacy of compassion for others. Several times in his life James took family vacations with his wife and daughter, towing their Airstream Trailer all over the Southern States and East Coast of the United States.  He enjoyed learning about United States History and visiting historic sites.

In the past nine years James has travelled extensively in the United States with his daughter. They traveled to Phoenix, Arizona; Minneapolis, Minnesota; Honolulu, Hawaii; Nashville, Tennessee; Mount Rushmore and attended the 97th Running of the Indianapolis 500.

Special thanks goes to Peterson Farms and their excellent staff. They supported quality and value to James, over the past three months. Special thanks to IHC Hospice for their guidance and superb care.

A new world in the morning is today.

Don't be dismayed by worldly goodbyes.

A farewell is necessary before we can meet again.

And meeting again after moments, years or lifetimes, is certain for parents and their children.

To order memorial trees or send flowers to the family in memory of James Price, please visit our flower store.