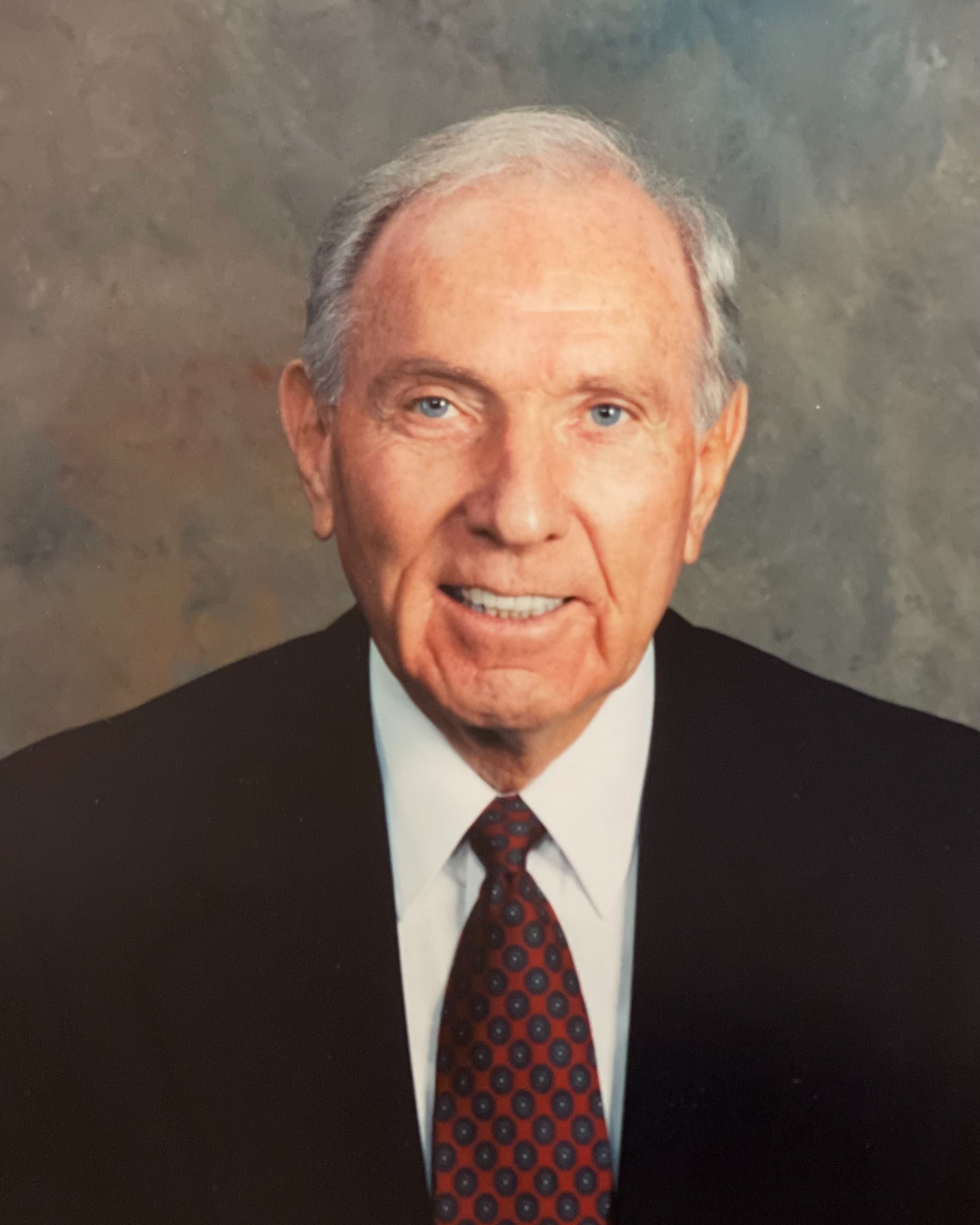 Our beloved husband, father, grandfather, and friend, James Merrill Bean, returned to his heavenly home on October 24, 2022 after a full and beautiful life of 95 years.

Merrill was born on August 28, 1927 in Salt Lake City to Permilla Rogers and Joseph Marquis Bean. He graduated from East High School and attended the University of Utah where he earned a bachelor’s degree in business administration.

Merrill served as a missionary for The Church of Jesus Christ of Latter-day Saints in the Hawaiian Japanese Speaking Mission from 1946 to 1948. Following his mission, he joined the Air Force and served as a pilot from 1950 to 1964. Merrill simultaneously built a career as an entrepreneur. He was a devoted husband, father and grandfather.

On October 30, 1990 he was married and sealed to his sweetheart, Joan Browning, in the Salt Lake Temple. Merrill and Joan then served together as missionaries in Perth, Western Australia from 1994 to 1996.

Merrill was the light of Joan’s life and the wind beneath her wings. His devotion to her was never ceasing. Their service in temples, on their mission, and in their church callings together was their common purpose and passion. Merrill was a man of God whose testimony of the gospel of Jesus Christ never wavered.

Merrill was a loving father who always made time for his children. Everywhere Merrill went, there went his kids. He was a master teacher, inviting and often insisting that his children follow in his footsteps to church, to the ski slope, or on a work trip. Merrill placed a very high value on instilling in his children a love of God, country, and hard work. Most importantly, he was a kind and gentle father, and his children knew they were loved.

Merrill was blessed with a great appreciation for life and enjoyed his to the fullest. Merrill was an avid tennis player, snow and water skier, swimmer and fisherman. In his later years, he could be found on the tennis court hitting balls with his right hand while holding his cane with his left. Many of his grandchildren remember skiing with Grandpa Merrill late in his life. Just last week he was swimming laps as he had done multiple times a week for many years. He was a hopelessly incurable optimist and generous with everyone he encountered.

Merrill was a patriot. His commitment to service and his desire to become a pilot was so significant that he omitted the details of a back injury from his military physical in order to be accepted into flight school. During his time as a pilot in the Korean War, he was nominated for the Distinguished Flying Cross for safely landing a disabled aircraft. He felt strongly that his flight engineer was due the same honor. When his engineer was deemed ineligible to also receive the award, Merrill declined the medal.

Merrill’s professional pursuits stemmed from his fascination with automobiles. Merrill liked to say that, in a moment of great desperation, Chevrolet and Buick gave him a franchise in the middle of southwestern Wyoming, where no one else was willing to go. On borrowed capital, and long hard days and nights, a career of forty plus years was launched. Merrill always gave credit to devoted, loyal managers and associates who gave an all-out effort to assure success in his dealerships.

Merrill is survived by his wife of 32 years, Joan; his daughters, Stephani Allred and Alison Calton; his stepdaughter, Amy Fisher; his 13 grandchildren, and his 27 great-grandchildren. Merrill was preceded in death by his son, David Bean; his daughter-in-law, Brenda Bean;

Funeral services will be held on Wednesday, November 2, 2022 at 11 a.m. at the Farmington North Stake Center, 729 Shepard Lane. Friends may visit with family on Tuesday from 6 to 8 p.m. and Wednesday from 9:30 to 10:30 a.m. at the church. Interment, Farmington City Cemetery.

Services will be live-streamed and available the day of the services by scrolling to the bottom of Merrill’s obituary page at: www.lindquistmortuary.com, where condolences may also be shared.

In lieu of flowers, please donate to the Missionary Fund of The Church of Jesus Christ of Latter-day Saints.

To order memorial trees or send flowers to the family in memory of J. Merrill Bean, please visit our flower store.