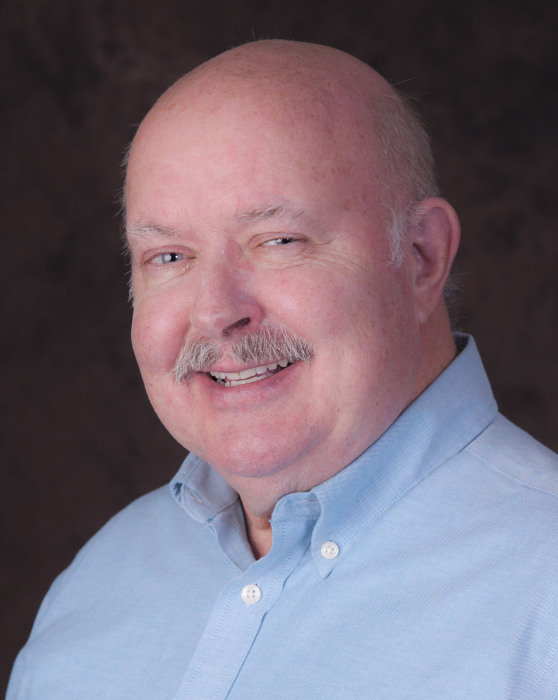 James “Jim” Edward Mayes returned home to his Heavenly Father in the early morning hours of Tuesday, October 19, 2021. He was born on August 16, 1950 to Kenneth Harold Mayes and Pansy Lee (Carman) Mayes. He was the third of four children: Carol (Capps), Barbara (Brannock) Donna (Ghedotte) and was their only son.

Jim enjoyed spending the summers working on his Grandparent’s farm in Tennessee near Johnson Gap. He later attended Michigan State University and shortly thereafter joined the United States Air Force where he would finally be stationed at Hill Air Force Base near Ogden Utah.

Not too much later, he met his best friend, Janet Lynne Wallace and asked her out while she was working at Warren’s Drive Thru (immediately after she spilled his soda down the side of his car). They were married on October 7, 1972. They welcomed their oldest son in the coming years, Kenneth Edward (married to Promise Davis).

Due to some wonderful friends and great missionary work, he became a member of The Church of Jesus Christ of Latter-day Saints. He was later sealed to his Eternal Companion and two sons, Ken and Joseph Glen (married to Dana Shelby) on January 5, 1978 in the Ogden Utah Temple. In the next few years they added to their eternal family and were blessed with their only daughter, Mindy Marie (married to Merrill Pitcher), and a couple of years later, finished things out with a son, Kevin Eric (married to Randee Bennett).

Jim served in many callings in his wards and was a true example of how to “magnify” your calling. He helped many ward members and youth during his service but most notable was probably his calling as Bishop in the Roy 14th Ward.

He became like a brother to his brothers and sisters in law who always enjoyed his company. He thoroughly enjoyed his 18 grandchildren, supporting them in their interests and hobbies, always having an ear to listen and an encouraging word to help us move forward. He will be missed, but we have so many wonderful memories, and we know we will see him again because of the atonement of our Savior Jesus Christ.

Our hearts are full of gratitude to Encompass Hospice workers. After a year of service we developed a love for Tammy, Angie, Dani, Kathy, Suzanne, and Autumn. Their love and compassion for both dad and our family made our year together special and tender.

In lieu of flowers, dad would say not to waste your money on flowers. Take someone you love out to do something fun, go out to dinner. He would recommend a nice steak.

To order memorial trees or send flowers to the family in memory of James Mayes, please visit our flower store.