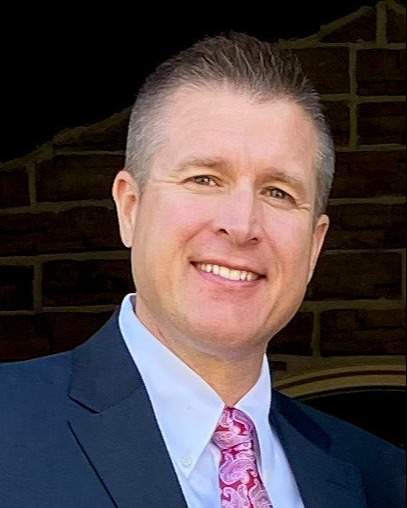 James Edward Kammeyer, 48, passed away suddenly due to an unexpected heart issue on August 26th, 2022. He was on a work trip in the city of Great Falls, Montana.

James was born on January 28th, 1974 to Lany Bettridge Kammeyer and Steven Edward Kammeyer in San Diego, California. At the age of 6, his family moved to Ogden, Utah. He always excelled at school and attended Grandview Elementary, Mount Ogden Middle School, and Ogden High School. During this time, he played football and participated in Student Government. After graduating from High School in 1992, he served a 2 year mission for The Church of Jesus Christ of Latter-Day Saints in Hamburg, Germany where he learned to love and serve the people.

In the summer of 1995, a cute Weber State cheerleader caught his eye. Her name was Alisa Marie Nordberg. James and Alisa were constant companions from then on. They were married in the Salt Lake Temple on May 3rd, 1997, for time and all eternity. During their 25 years of marriage they were blessed with 4 beautiful children, Preston James, Avery Lynne, Jackson Cole, and Easton Chase.

James gave 110% in everything he did and always wanted the best. He worked in the Capital medical sales industry for over 23 years and for the past 17 years he has been with Candela Medical.

James was a force of nature and was the best at what he did. His best friend even said,” He lead the way, never sand-bagged, and put up the biggest numbers year after year. Special awards included Rep of the Year, President's Club, and more trophies and rings than Tom Brady. He loved his job and excelled greatly in that. His why for his success was his family. He worked incredibly hard to give them the life he felt they deserved.

His family meant more to him than anything else in the world. He was unendingly proud of his children and his loving wife Alisa and always did his best to support them. James was a model of what it meant to be an exceptional father and human being.

In lieu of flowers, please donate to The Church of Jesus Christ of Latter-Day Saints General Missionary Fund.

To order memorial trees or send flowers to the family in memory of James Edward Kammeyer, please visit our flower store.