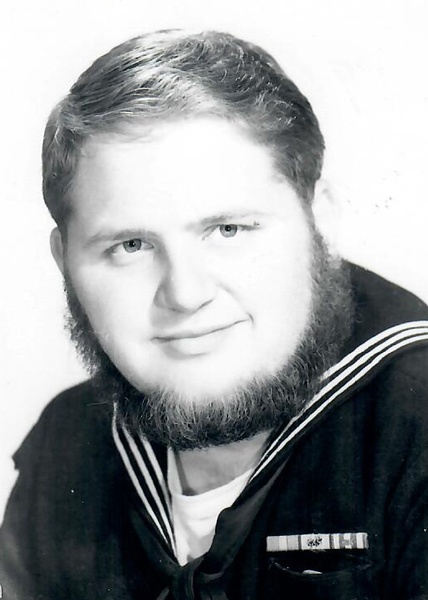 On Thursday, July 28, 2022 James went to see his Heavenly Father surrounded by his family. James was born in Ogden, Utah on June 12, 1944 to Olive and Charles Johnson.

He lived most of his youth in Wolverton, Minnesota on a farm. James moved back to Utah in 1957 where he went to South Ogden Junior High, Weber High and Bonneville High where he was part of the second graduating class.

Jim joined the U.S. Navy in June of 1961 and was homeported in Sasebo Japan on a refrigerated store ship, than on a destroyer out of Pearl Harbor, Hawaii. From there he was on a hospital ship off the coast of Vietnam then on an olier back in Hawaii. He would go on to be stationed on a destroyer ship in Greece, San Diego and Portland. He was medically discharged in 1975 and went to work at Hill AFB in the refrigerator shop. He retired from there in 1992.

He graduated from Utah State University with a Bachelors of Science in 1984. He spoke some Japanese, Greek and Chinese.

Jim married the love of his life Connie Haws on April 10, 1976 in the Ogden, Utah temple. They had two boys, Charles and Joey whom he loved fiercely. He was close to all of his children’s friends who lovingly referred to him as “papa.”

He had a zest for life and tried living it to its fullest. He worked with the Boy Scouts all of his life. He was a Cub Master, Scout Master, District Camping Chairman and Webelos leader. He received the Silver Beaver award.

Jim was a convert to The Church of Jesus Christ of Latter-day Saints where he served in many callings including Primary teacher, Executive Secretary and High Priest Group leader. He served a service mission at the Ogden Cannery. In 2007, Jim and Connie went to Virginia Beach, Virginia for an eighteen month military relocation mission. They came back to Roy, Utah where they have lived for the last fifteen years.

He helped with the 2002 Winter Olympics, volunteered at the Union Station Museum and Antelope Island Visitor Center. He did Meals on Wheels for Davis County. Jim was well known in Davis County Schools, he served on the PTA Board for ten years and was PTA President three times. He was a great cook and did BBQ for the North Layton Junior High food courses. He was a talented Dutch oven cook and enjoyed doing demonstrations whenever he was asked. Jim was always doing something and liked to keep busy.

Jim served on the Layton City Centennial Committee in 1996 and was an honorary member of the Wasatch Rod and Customs Auto Club and was a life member of the VFW and DAV. In December 2000, Governor Leavitt presented Jim with the Point of Life Award, being the third person in the State of Utah to receive it. He was given the National Point of Light award from President George Bush in September 26, 2001.

He never stopped helping people, he could not say no when someone needed help. He will always be remembered as Santa Jim, he was Santa’s best helper. He loved dressing up at Christmastime. He started being Santa in Sasebo Japan in 1963 for 84 orphans.

Jim was preceded in death by his mother Olive, father Charles and brother, Don. He is survived by the love of his life, Connie; sons Charlie (Mary) Johnson and Joey Johnson; brothers Grant (Julie) Johnson, Bob Johnson, and Harry (Kelie); baby sister Judy (Mark) Boe; seven grandchildren, Sadie, Brigham, Henry, Emmy, Noah, Taydan and Kaysha. He will be greatly missed by everyone.

The family would like to thank those at George Wahlen Veterans Home and McKay Dee Hospital who took such good care of Jim.

To order memorial trees or send flowers to the family in memory of James Harold Johnson, please visit our flower store.