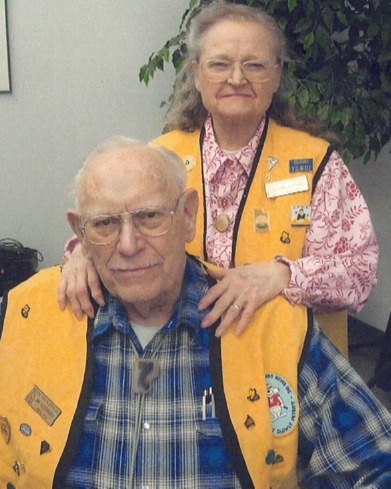 James Wallace Alexander, 90, passed away on Tuesday, December 27, 2022. He was born in Syracuse, Kansas, on August 20, 1932, the son of James Henry and Elizabeth Wallace Dunn Alexander. He graduated from Grand Junction Colorado Central High School and attended Police Science at Weber State and earned his associate degree. He joined the US Army and served as a Sergeant.

He married Leora May Alexander on September 4, 1955. In Castle Rock, Colorado. They celebrated 67 years of marriage. James and Leora were members of the Berean Baptist Church in Ogden. He was a past member of the Utah Peace Officers Association.

James worked for Southern Pacific Railroad and at the time of his retirement he was working as a railroad police officer.

James enjoyed rock collecting and was a member of the Beehive Gen and Mineral Society, Rocky Mountain Federation of Mineralogical Societies and the American Legion.

James is survived by his wife, Leora May; sons, James Earl Alexander of Reno, NV; David LeRoy (Evelyn) Alexander of Des Moines, IA; and Jonathan McLaine Alexander of Ogden; three grandchildren and four great-grandchildren with one on the way. He was preceded in death by his parents, three brothers and one sister.

Funeral services will be held on Saturday, December 31, 2022 at 2 p.m. at the Berean Baptist Church, 3846 Jackson Avenue in Ogden. Friends may visit with family on Friday from 6 to 8 p.m. at Lindquist’s Ogden Mortuary, 3408 Washington Blvd. Interment, Lindquist’s Memorial Gardens of the Wasatch, 1718 Combe Rd.

To order memorial trees or send flowers to the family in memory of James Wallace Alexander, please visit our flower store.