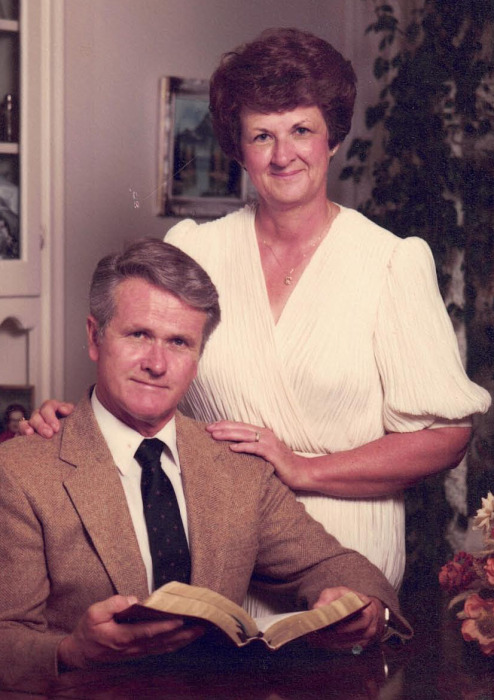 Our beloved father, grandfather, great-grandfather, friend and hero, Jack E. Littlefield, passed away peacefully at the age of 92 on September 8, 2021, surrounded by his loving family.

He was born to Ellis Waldo and Ida Riding Littlefield on December 4, 1928 and grew up in Tropic, Utah near Bryce Canyon where he loved playing in the hills and on the rocks around his home. He graduated from Tropic High and then attended the Branch Agricultural College in Cedar City, (SUU) and the University of Utah for a short time. He worked at the Grand Canyon during the summer where he managed the gift shop in the lodge. He fell in love with his favorite employee, Joy Devene Humphreys, and they were married on February 8, 1951. They were later sealed for all eternity in the St. George Temple. He was drafted into the military and served during the Korean War. They lived in California where Shelly was born and then Mom moved in with her parents while Dad was at war. They later moved to Henderson, Nevada, where dad was employed at the post office. Becky and Jane were born there. They then moved to Layton where Doug was born. Dad spent his career at Hill Air  Force Base where he was computer programmer and analyst back in the day when one computer was the size of an enormous room.

Dad was a perfect example of patience, discipline, intelligence, humor and family focus. His greatest joy was being with his big extended family. He knew every one of them well. He lived 26 years without his sweetheart and we are happy that they are together again. Dad was an active and faithful member of the Church of Jesus Christ of Latter-day Saints, and worked in the Ogden Temple for 10 years. He was a hard-worker with a beautiful yard, who also loved to support BYU and U of U football, and the Jazz. He was a peaceful man of class without a single mean bone in his body, and we will sorely miss him.

Jack was preceded in death by his parents, four siblings (Mona, Nedra, Steve and Heber), and his wife, Joy. He is survived by his sister, Midge (Marv) Swainson, four children, Shelly (Brad) Smith, Becky (Keith) Halls, Jane (Mike) Schwab, and Doug (Leigh) Littlefield, 37 grandchildren and 56 great-grandchildren. Dad and Mom have a wonderful posterity of 101 souls, with their first great-great-grandchild due in November.

Services will be live-streamed and may be viewed by going to www.lindquistmortuary.com and scrolling to the bottom of Jack’s obituary page.

To order memorial trees or send flowers to the family in memory of Jack Littlefield, please visit our flower store.