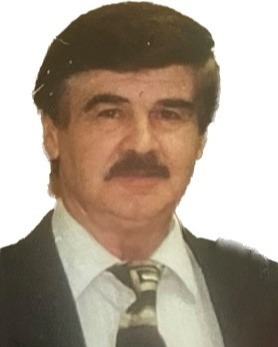 Jack William Jensen of Clearfield passed away Saturday, December 10, 2022, with loving family by his side. He is free from the suffering of severe back pain and other chronic conditions that has take away his quality of life for many years.

Jack was born December 5, 1941, in Pocatello, Idaho. Unfortunately, his last birthday of 81 years was spent in the hospital.

He is the son of Chris Allred Jensen and Leonard and Thelma Oberbroekling whom he was raised by.

Jack had a love of life, always finding fun in everything he did. Being the adventurous kid he was, he decided to join the Army at the early age of 17. He spent most of his time in Korea. Later he was stationed in Tacoma, Washington where he was discharged after four years.

In 1976 he married Linda Diane Taylor and they celebrated 46 years together. Together they lived in Washington, California, and then finally coming home to Utah.

Their favorite home was their log cabin where he spent many hours in his Man Cave, where he was always busy creating a project. He was a “Jack” of all trades, dabbling in things such as woodworking of many kinds. He had a love of cars (Gear Head), yardwork, remodeling their home. He loved all kinds of tools and used his love in his profession as a Tools Sales Representative for Stanley Bostich Company. While at Stanley he won Salesman of the Year multiple times, and was awarded the President Club which allowed Jack and Linda to travel to various destinations.

Jack was most happy when he was creating something. As his health declined he tried to find ways to still keep busy.

In his own special way he loved and care for his family, children, and grandchildren. His heart was always there when he couldn’t be.

Jack is survived by his wife, children, 18 grandchildren, and 19 great-grandchildren; he was their favorite Papa. He is also survived by his three sisters, Mary An (Brent) Stauffer of South Weber, Betty (Wayne-deceased) Wilson, of Riverdale, and Janet (Jim) Wells of Willard; and one brother, Robert (Connie) Jensen of Notus, Idaho.

This wonderful, kindhearted man will be so missed by all.

We will gather together for a Graveside Service on Thursday, December 15, 2022, at 2 p.m. at Lindquist’s Washington Heights Memorial Park, 4500 Washington Blvd. Services entrusted to Lindquist’s Ogden Mortuary.

To order memorial trees or send flowers to the family in memory of Jack William Jensen, please visit our flower store.