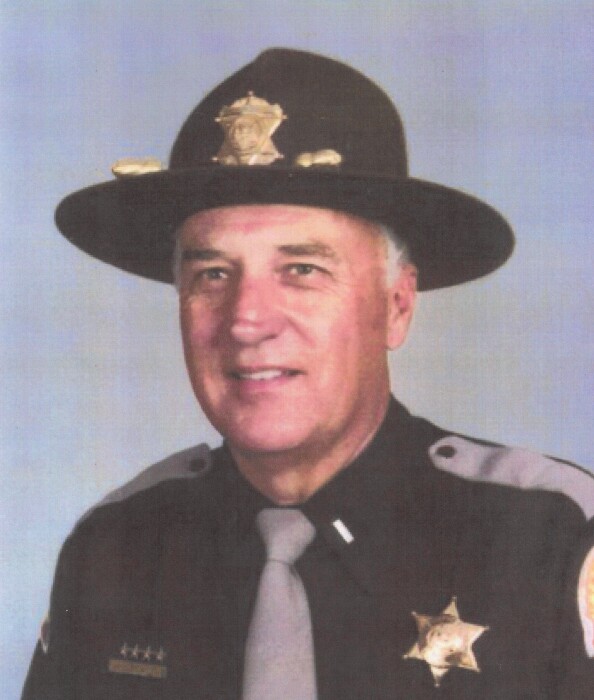 Argin Jack Graviet was born July 31, 1931, to Samuel Argin and Sylvesta Rice Graviet and lived most of his 90 years in Northern Utah. He graduated from Ogden High School and attended Weber State College, Brigham Young University, the University of Utah, and Northwestern University.

He served 27 years as a state police officer for the Utah Highway Patrol. During his law enforcement career, he was the state commander of the vehicle safety inspection division and a member of the national uniform traffic law committee. He went on to a second career as the transportation director for the Davis School District where he was the international chairman of the American Association of Motor Vehicle Administrators and the chairman of the engineering and inspection committees. After retirement, he worked as a bus driver for disabled persons and a security officer for the Ogden Regional Medical Center.

He is survived by his first former wife, Helen Hutchinson Wahlstrom, and their children, Suzette Thomas, Jill Gayaldo, Jason Graviet, and Clint Graviet; his second former wife, Lois Pritchett Graviet, and their children, Jeff Graviet, Jill Larkin, and Jennifer Graviet; 19 grandchildren; 24 great-grandchildren; and two sisters, Annette Penrod and Nancy Kowalak. He was preceded in death by his third wife, JoEllen Johnson Graviet; a granddaughter; his parents; and a sister, Marian McEntire.

Some of his most memorable moments were being instrumental in the passage of legislation benefiting disabled persons in the state of Utah, the removal of the state inspection sticker from vehicle windows—a considerable cost benefit to the state, being a driver for President Reagan at the Hooper Tomato Days and accompanying President Kennedy as a personal assistant during his visit to Utah.

He was a member of the Church of Jesus Christ of Latter-day Saints and, as a young elder, served in the Texas-Louisiana Mission. Of his many church callings, he most enjoyed his work with children and youth. His military service was as a combat photographer during the Korean War.

Jack believed he followed in the footsteps of his father, who was unable to walk without whistling. He expressed gratitude for those who made his life better and regret for any offense he gave. He passed from this life on November 8, 2021, and hoped his banjo could accompany him on his journey. In lieu of flowers, Jack requested that you make a pie for the organist in your church; hug your kids, a bus driver, and a state trooper; or create something like a birdhouse, a painting, or bracelet and share it with others.

The family would like to thank the caregivers and residents at Harrison Pointe and his dedicated friend Diane Wilson for their consistent love, friendship, and devotion to him.

Funeral services will be live-streamed and may be viewed at www.lindquistmortuary.com and scrolling to the bottom of Jack’s obituary page.

To order memorial trees or send flowers to the family in memory of Jack Graviet, please visit our flower store.