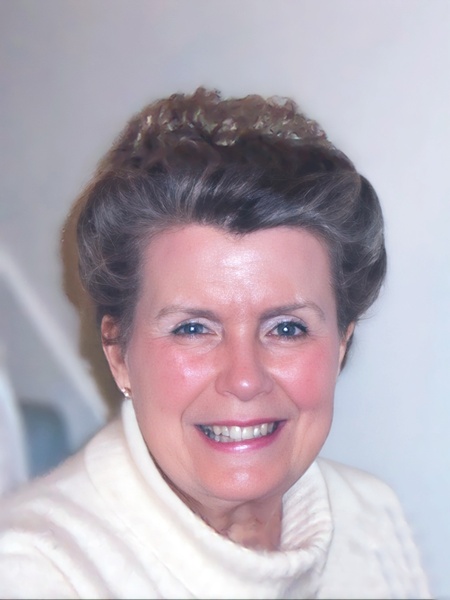 Isabelle Florence George was born March 16, 1938 in Indianapolis, Indiana to John Fred Sickley and Grace Elizabeth DeLong. She returned to her heavenly home on July 20, 2022.

Florence grew up in Indianapolis, Indiana in the 1940s and 50s. She graduated from Howe High School a year early with high honors and a full-ride scholarship to Purdue University. She married Larry Powner at age 18. Characteristic of her selfless heart, she sacrificed her own education to work as a secretary for professors in the agriculture department of the university to put Larry through engineering school and then lovingly raised two sons, James and Aaron.

As a young mother, she searched for truth among many churches for over 10 years. She gratefully found the Church of Jesus Christ of Latter-day Saints and obtained a powerful testimony, receiving baptism in 1969. She later worked for the Church’s Physical Facilities and Social Services Departments. Florence fulfilled many church callings throughout her life.

Her first marriage ended in 1981. In 1986 Florence married her best friend, Barry George, in the Chicago Temple. In 1992 Florence started a Home Day Care business in Carmel, Indiana which prospered for twenty years. With devotion and love, she helped to raise 80 preschool children and their parents.

Florence contracted breast cancer in 2004 which was successfully treated. Barry and Florence then moved to Utah in 2012 to be near their sons. There she faithfully served as an ordinance worker in the Bountiful Temple from 2013 until 2018. In 2016 her cancer returned and metastasized, eventually causing her death.

Despite her diminutive stature of 4 foot 8 inches, she walked tall among even the greatest of us. And though her feet were tiny, she walked powerfully with Christ and left very big shoes to fill. Our world and lives were made more joyous by her life.

Florence is survived by her husband Barry George; children James and Aaron; 13 grandchildren, and 15 great grandchildren. She was preceded in death by her mother, father, and sister (Patty).

Services will be live-streamed, and will become available Saturday morning. It will be found at the bottom of her obituary webpage.

ORDER VIDEOS
To order memorial trees or send flowers to the family in memory of I. Florence George, please visit our flower store.