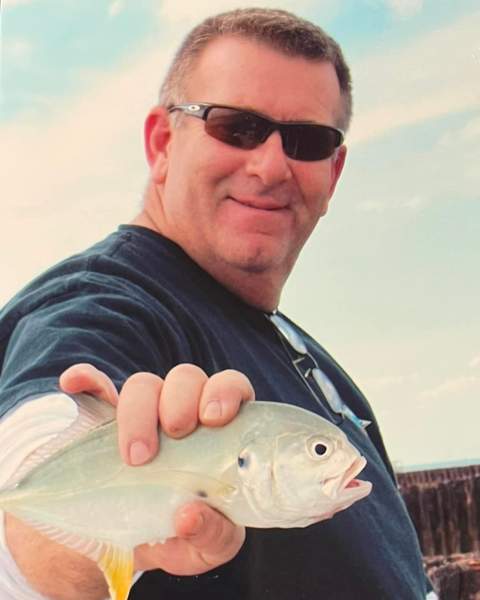 Howard James Gray, 62, known to his friends and family as Jim, unexpectedly passed away on September 5, 2022, at his home. Jim was a resident of Tampa since birth. However, he spent many years living in one of his favorite places, New Mexico.

On the day of his passing, he spent the day fishing, which was his favorite activity. Jim proudly served in the US Army, was a true patriot, and loved his country. Along with fishing Jim enjoyed pheasant hunting, going to the movies, and all kinds of cooking.

Jim was preceded in death by his favorite hunting dog, Max and his parents, Peggy and Howard Gray.

One of Jim's greatest accomplishments was being a father; he considered himself very lucky to have three children and two grandchildren. Jim is survived by his daughter Samantha Elliott (Gary) of Honeyville, Utah; son, Howard "Jimmy" of Las Cruces, NM; and daughter, Katrina Gray of Chepachet, RI. He was incredibly proud of being a grandpa to Grace and Garrett and loved them dearly. He is also survived by Stacy Gray and Alicia Gray, siblings, Doug Gray, Mark Gray, Karen Peach, nieces, nephews, and his dear friends Millie and Kenny.

Graveside services will be held on Saturday, September 17, 2022 in Honeyville Cemetery in Honeyville, Utah. Services by Lindquist’s Ogden Mortuary.

To order memorial trees or send flowers to the family in memory of Howard James Gray, please visit our flower store.