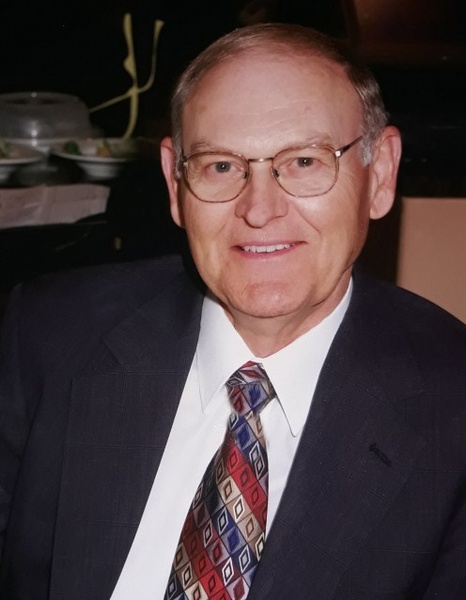 Our beloved Husband, Father, Grandpa and Great Grandpa, Homer Duncan Capener of Pleasant View UT, returned home to our Father in Heaven on October 31, 2021, after a courageous battle with complications from Covid-19 and pneumonia.

Homer was born in Tremonton, UT on November 14, 1935 to Russell Cleveland and Mildred Strong Capener, the fifth of seven children. He grew up in Riverside, UT, and attended Bear River High School, where he served as Seminary President and was Student Body President, voted in by his beloved classmates as a write-in candidate.

He served in the Army National Guard for seven years, prior to, and following his two and a half  year missionary service for The Church of Jesus Christ of Latter-day Saints to the Netherlands. He dearly loved the Dutch People and was called to serve as Branch President, which was both humbling and challenging for a young missionary Elder, but it changed his life forever. After returning home from his mission, he changed the focus of his college major at Utah State University, from auto mechanics to Family Life Education, Psychology and Sociology. He received his B.S. degree from Utah State University. While there, he met the “Love of his Life”, Betty DeLeeuw. They were married and sealed for all Eternity in the Manti Temple of The Church of Jesus Christ of Latter-day Saints on Mary 27, 1960, celebrating 61 wonderful anniversaries!

While at Utah State University, he was active in Sigma Gamma Chi Fraternity and Delta Phi. He was President of Kappa Delta Sociology Fraternity, and President of the Student Utah Education Association, and representative for Utah at the National Education Convention in Los Angeles, CA. While at Utah State, he worked in the Student Union Building and was the night manager for the university.

Upon graduation, he pursued his life-long desire and was hired to teach Seminary for The Church of Jesus Christ of Latter-day Saints. He was instructor and principal at Bancroft, ID. After two years, desiring to further his education, he taught at Brigham Young University, while pursuing his Master’s Degree. During this time, he and Betty were working as Head Residents at Heritage Hall on BYU Campus. It was a great experience!

Another transfer brought him to Ogden, UT to the Institute of Religion at Weber State University, his favorite place! He was the Faculty Advisor for  LDSSA (Latter-day Saint Student Association) and loved his association with choice students and associates. Many wonderful years followed, as he taught classes and counseled students and participated in their varied activities; he also continued his pursual of studies toward his doctorate degree, all the while with Brigham Young University and summer school classes.

He was called to serve on the High Council of the Mount Ogden Stake of The Church of Jesus Christ of Latter-day Saints for several years and was then called as a Counselor in the Mount Ogden Stake Presidency, a very special calling! He was directly involved with the Stake Welfare Chicken Farm where he helped rotate chickens, deliver eggs and helped clean chicken coops. He dedicated his life in service to God, his family and his friends...no job was too great or too small...he was always happy to serve!

He received the Master M-Men Award and earned his Eagle Scout Award. He was active in the Lake Bonneville Counsel, Boy Scouts of America. He was called by President Thomas S. Monson to serve as a writer on the Correlation Executive Committee for The Church of Jesus Christ of Latter-day Saints. He served in all of the organizations and especially loved working with the Scouts, teaching Gospel Doctrine, and serving as High Priest Group Leader.

In 1978, he moved his family to Pleasant View, UT, and had the opportunity to serve as Bishop of the Pleasant View 4th Ward of The Church of Jesus Christ of Latter-day Saints. Such a blessing in his life! Upon his retirement, he was called on a Mission with Betty, to serve as the Administrator for CES (Church Education System) in the Hawaiian Islands for three wonderful years. Upon the completion of his mission, he was called to serve as an Ordinance Worker in the Ogden, UT Temple and later set apart by President Henry B. Eyring of The Church of Jesus Christ of Latter-day Saints as a Temple Sealer. He counted it as a blessing, choice above all others! He loved to serve in the Temple!

During the renovation of the Ogden Temple, he and Betty were called as missionaries for four years to serve in the Joseph Smith Memorial Building in Salt Lake City; meeting and greeting people from all over the world as they visited Temple Square. He made so many friends as he answered their questions about the Church and offering tours whenever and as needed. Another choice experience for him and Betty to serve together.

Traveling with him was so much fun...He loved to travel the world and he and Betty visited most recently to India... And Egypt, The Holy Land, Italy and many European Countries, Greece, China, Thailand, Australia, Tasmania, New Zealand, South Africa, The Netherlands, The British Isles, Peru, The Amazon, Hawaiian Islands, Samoa, Tahiti, The Caribbean Islands, and  the Bahamas. Quebec, Halifax, Nova Scotia and Canada, following a gorgeous tour of New England’s Fall Foliage!

He loved Pleasant View, Nature and this Beautiful World. Working in his yard and garden brought him so much joy and peace. He loved sharing his abundant harvest of walnuts, grapes, fruits and vegetables with everyone!

Above all, his constant love and concern for Betty and his five Wonderful Children and their Amazing Spouses:  Kevin and Bodawn Capener, Jeri Lyn and Ted Campbell, Kalvin Capener, Jana Lee and Scott Hurst, and Julie Ann and Jeffery Rupp; his 24 grandchildren and 16 great-grandchildren are his greatest treasures!

He was preceded in death by his parents, his sister Winona Gardner, his brother LaMar, and his grandson, Klinton.

Funeral services will be held on Saturday, November 13, 2021 at 12 p.m. at the Pleasant View Stake Center Chapel, 2975 North 1000 West. Friends may visit with family on Saturday from 9:30 to 11:30 a.m. at the church. Interment, Riverside Cemetery. Services entrusted to Lindquist’s Ogden Mortuary.

To order memorial trees or send flowers to the family in memory of Homer Capener, please visit our flower store.