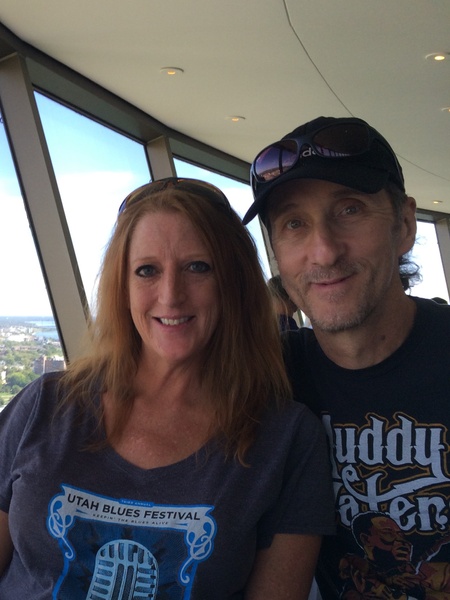 Holly Wade Nelson-Skillman, 50, beloved wife, mother, grandmother, daughter, sister, granddaughter, aunt, niece and friend peacefully left this life August 2, 2022, at the Ogden Regional Medical Center with her loving husband and other family members by her side.

Holly met and married the love of her life, Louis Anderson (Lou) Skillman III September 26, 2007, in Farmington, Utah.  They raised Tiffany and Cody in Layton, Utah. Together, they created many precious and lasting memories with her grandchildren, Aiden and Quinn whom she adored. She spent many hours with Aiden collecting rocks, painting them for 801ROCKS and then hiding them for some stranger to find.

Holly was compassionate, independent, strong willed and intelligent.   She was actively involved with a local community group called “Helping Hands” to help provide for those who were in need. She always kept cash-on-hand to help a stranger on the street.

Beginning in early childhood, Holly loved to make people laugh with her unique sense of humor. She was quite the tease and prankster.  She enjoyed having what she called “dance parties” on the kitchen floor with Tiffany and Aiden.

Holly loved the outdoors and enjoyed gardening, fishing with her close friend Cindy Simone and hiking with her husband Lou.

Above all, Holly was number one support and cheerleader to Lou and his love of pool, tennis, and snow skiing.

Holly was a member of the Church of Jesus Christ of Latter-Day Saints.

Interment will follow at Lindquist’s Memorial Park at Layton

To order memorial trees or send flowers to the family in memory of Holly Wade Nelson-Skillman, please visit our flower store.