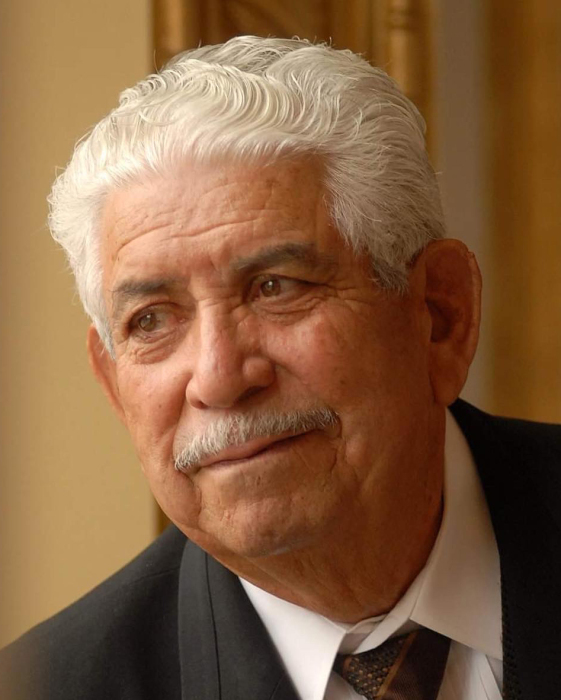 Hector was born August 5, 1931 in Oaxaca, Mexico to Ezekiel Narvaez and Ernestina Melo. He came to the United States in 1953 where he met the love of his life, Lula Velasquez. They married on June 13, 1954. Together they built a loving family of five children; Ernestina, Ameli, Diana, Abel and Nelva.

Hector started his long career with the railroad in 1953. He started as a laborer and quickly worked his way up to a foreman through his dedication and perseverance. Ultimately, he became a Road Master which is one of the most respected positions with Union Pacific Railroad. After 33 years, Hector retired in 1988.

He could not stay retired for long and quickly joined the K-Mart family for 12 years becoming the resident “Jack-of-all-Trades”. Hector’s hobbies included hunting, camping, fishing, gardening, and making his yard look pristine. He was an avid fan of the Miami Dolphins, Utah Jazz, and Utah Utes. In his later years he enjoyed doing word searches, puzzles, and of course spending time with family and his sweetheart, Lula.

He was a member of St. Rose of Lima Catholic Church in Layton, UT.

His dedication and love for his family was truly evident. He had the biggest heart and was always willing to help where needed. Hector will be greatly missed by all who were fortunate to know and love him.

To order memorial trees or send flowers to the family in memory of Hector Narvaez, please visit our flower store.