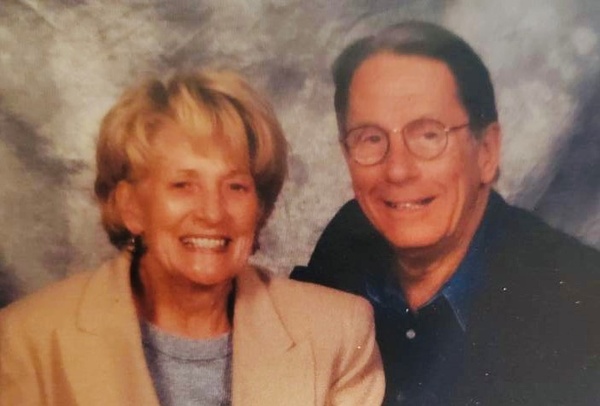 Surrounded by his family, Harley Ross Hammond was received into his Heavenly Father’s loving embrace on January 23, 2022.

Ross was born on May 27, 1934 in Salt Lake City, Utah to Rosco Hammond and Irene Tolton Hammond.  At a young age Ross showed a deep appreciation for academics.  He was awarded the Ford Foundation Scholarship and attended The University of Utah where he earned a Bachelor of Arts Degree.  He then attended The University of California at Los Angles where he earned a Master of Arts Degree in Political Science, and later went on to earn his Doctorate Degree.

Ross served a mission for the Church of Jesus Christ of Latter-Day Saints in Sao Paulo, Brazil.  After his mission, he proudly served his country in the U.S Army Reserves, Military Intelligence Training.

He was the father of three children from a previous marriage, Marshall Hammond, Whitney Hammond, and Valerie Hammond Meldrum.

In 1995 he married his sweet “Carm” and was welcomed into her large family.

Reading books, playing his parlor grand piano, U of U football games, Christmas brunches at the Grand America, weekly lunch dates at Roosters, and family barbeques were among his favorite pastimes.  His grandchildren could easily be talked into sneaking him seconds or even thirds of his favorite desserts when grandma wasn’t looking.  As our resident Sweets Meister, he always pleaded the fifth!

“There will come a time when your loved one will be gone, and you will find comfort in the fact that you were their care giver” – Karen Coetzer.   Carmen would like to give a special thanks to her daughter Dayna and Son In-Law Kevin Goble who devoted an extraordinary level of care, compassion, and support to Ross during the final years of his life.

Private family services to be held at a later date.

To order memorial trees or send flowers to the family in memory of Harley Hammond PH.D, please visit our flower store.

Private Service at a later date